Ohio farmers can apply to grow hemp on their farms by the end of January after a vote Thursday by a state committee.

Farmers will be required to grow at least 1,000 plants on a minimum of a quarter acre, according to Ohio Department of Agriculture regulations approved in December. In addition, farmers will have to pay a proposed $100 application fee to be licensed to grow hemp and an additional $500 fee for each growing location.

David Miran, the executive director of the state’s hemp program, said his office has received complaints that the 1,000 plant minimum was “burdensome,” but added the requirements is based off of other states where hemp is legal.

The crop, which can be used to manufacture popular CBD products, was legalized by the state legislature in early 2019. The Ohio Department of Agriculture was then given a six month window to come up with rules for its cultivation.

Some farmers are already looking to take advantage of the newly legalized crop. Julie Doran, the founder of the Oho Hemp Farmers Cooperative, said she plans to plant five acres of hemp on her farm in New Albany.

Doran has seen widespread interest from farmers when it comes to hemp. The Ohio Hemp Farmers Cooperative drew nearly 500 people to a meeting at the Pickaway County fairgrounds earlier this year, she said.

“It’ll really help those farmers out in Ohio,” Doran said. “Between trade wars and exporting of crops, us farmers have taken a big hit.”

Doran expects a majority of hemp plants in Ohio will be used to create CBD products at first. She said the market for industrial hemp, which can be used to manufacture everything from clothing to paper and housing materials, still has a long way to go before demand will rise.

Although it is a versatile crop, hemp can be a challenging to grow. Doran said farmers who are used to growing produce might be best suited to farm it. She advises farmers to start with a small crop of hemp.

“It’s something we haven’t done for almost 100 years, so I always tell (farmers) to be cautious,” Doran said.

CBD oil has been booming in Ohio since it was legalized earlier this year. Several stores in the Dayton area have opened selling the product.

Ohio isn’t the only state allowing farmers to grow hemp: At least 47 states have enacted legislation for hemp production since the crop was federally reclassified from a scheduled substance to an agricultural product in 2018, according to the National Conference of State Legislatures.

Thank you for reading the Dayton Daily News and for supporting local journalism. Subscribers: log in for access to your daily ePaper and premium newsletters.

Thank you for supporting in-depth local journalism with your subscription to the Dayton Daily News. Get more news when you want it with email newsletters just for subscribers. Sign up here.

This mossy plant may be 'more medically effective than cannabis' 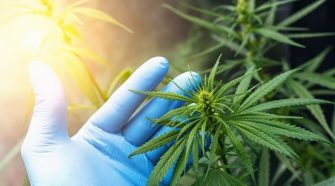