The sky is not falling in Colorado or Washington State despite what opponents feared. Last year alone Colorado brought in 900 million dollars in tax revenue according to the Department for Taxation in Colorado.

Innovation and job creation is happening today in the 31 states that have legalized medical cannabis and the 9 recreational states that have legalized recreational cannabis for adult use. As the cannabis industry skyrockets in states like Colorado, the state’s economy is benefiting from the influx of tourists, patients and families moving to the Colorado as property values increase, and jobs that are being created within the industry from retail stores, consultants, and scientists.

Recreational cannabis has certainly improved Colorado’s economy as more and more people are relocating to the state. Post legalization the real estate market prices increased in value due to the high demand of more people moving into Colorado, because “according to New Republic, Denver home prices rose 17% in 2014” said the PotGuide in 2015. The value of housing market continues to increase, while unemployment decreased in Colorado due to the flood of entrepreneurs starting up new companies and also job seekers trying to find employment in the legal cannabis industry. Moreover, the economic benefit of legalization transcends to low unemployment rate for Colorado at 2.9% in March 2016 according to the Bureau of Labor Statistics.

The tax revenue from cannabis products benefits the education system, local businesses, as well as the local and state government. The money from the tax revenue aids schools by allowing funds to be allocated towards purchasing technology, textbooks, and supplies to fit the needs of Colorado’s K-12 students. According to the Colorado Legislative Counsel Staff Publication’s Distribution of Marijuana Tax Revenue published in July 2016, one program called the Building Excellent School Today (BEST) is “dedicated the first $40 million in excise tax revenue to school construction in the state constitution. To facilitate this, the General Assembly referred a 15 percent excise tax to voters, with the first $40 million deposited in the BEST fund. The BEST fund is used to renew our replace deteriorating public schools The program prioritizes funding based on issues such as asbestos removal, building code violations, overcrowding, and poor indoor air quality”. Over 35 million dollars of tax revenue will be allocated to various departments in the state including the Department of Education, the Governor’s Office, Department of Health Care Policy and Financing, Department of Human Services, Department of Law, the Department of Public Health and Environment, the Department of Public Safety, and Department of Revenue.

The sky is not falling in Colorado or Washington State despite what opponents feared. Last year alone Colorado brought in 900 million dollars in tax revenue according to the Department for Taxation in Colorado. This money was allocated for education infrastructure, and now feeding the homeless in Colorado.

In the end, our lawmakers can no longer overlook the tax revenue from recreational and medical marijuana. The recreational and medical states are a prime example of how funds from the tax revenue can be allocated to improving the education system while there is a greater need of decreasing prison population for minor drug offenses. Whether you have a medical marijuana card or not, imagine living in a non-medical legal state where an individual fears being caught by law enforcement and K9 units for a medicine that is known to have healing properties. The numbers don’t lie, but we need to pressure our elected government officials to listen to the concerns of their constituents. As the big government in the United States continues to be dictated by the pressure from lobbyists of prominent pharmaceutical companies and the opposition to cannabis legalization, the voices of the pro-legalization advocates amplifies the message of the miraculous medicinal effects of cannabis through each and everyone’s individual personal experience with cannabis.

Veriheal connects patients with the resources that they deserve to gain access to medical marijuana legally. We aim to change the image of alternative medicine by pushing the traditional limits imposed on cannabis by creating an ecosystem that can seamlessly connect patients, doctors, and dispensaries. 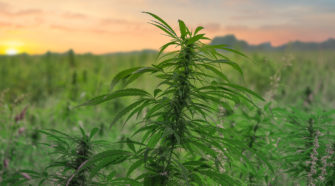