A new industry is to rise in Australia’s Northern Territory after its Hemp Industry Act and regulations came into effect on Wednesday.

Hemp could be particularly successful in the Territory given conditions that provide the opportunity to also produce viable seed via a dry season crop, and supplying it to the rest of Australia for summer planting

“The ability to plant two crops for Territory farms each dry season increases the potential return to farmers, with hemp grain currently garnering a farm-gate price of around $3,000 per tonne,” states an NT Government press release.

“Hemp will prove an excellent crop in the Northern Australia setting and will diversify opportunities for broad-acre cropping,” he said. “NT Farmers Association will now work with interested producers to make this new opportunity a reality.”

It’s been a long road to this point. It was back in 2016 when the Northern Territory Government planted its first crop of industrial hemp; but it wasn’t until May last year that the Territory’s Hemp Industry Bill was tabled.  Then progress picked up pace, with the bill passing in August last year.

The Act legalises growing and processing industrial hemp for food, fibre and seed production purposes and creates the required regulatory framework. However, it specifically excludes the extraction or diversion of any cannabinoids such as cannabidiol for medicinal purposes – a lucrative market.

All hemp grown will need to be low delta-9-Tetrahydrocannabinol (THC) species; containing less than or equal to 1% THC content by dry weight. This is quite a high THC level compared to countries such as the USA where the limit is 0.3%; however, it’s still not high enough for the hemp to have any recreational value.

Among the conditions for acquiring a commercial hemp licence is holders must cultivate at least two hectares and use only cultivars on the approved list. A five-year commercial licence costs $1,250. Research licences are also available, and they cost up to $3,000.

Further information on hemp licencing in the Northern Territory can be found here. 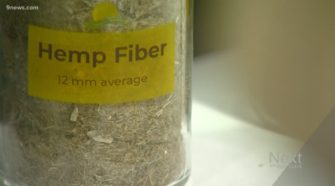