• TBI and other crime labs have historically performed plant material testing by microscopically looking for unique botanical characteristics and performing a color test for compounds exclusive to Cannabis sativa. This historic testing is relatively quick and inexpensive.

• At the national level, Tennessee is on the leading edge of developing crime laboratory methodology to cope with this challenge and is one of few states currently performing THC quantitation on plant material in a state crime lab.

The Tennessee Bureau of Investigation uses a three-step protocol for submissions of plant material.

• Samples testing positive for the microscopic and both color tests are reported as cannabis. Visual and chemical color testing presumptively indicate the exhibit is marijuana.

• Samples testing positive for the microscopic but negative for the new color test are reported as cannabis. Visual and chemical color testing presumptively indicate the exhibit is hemp.

From 2005 to 2018, the statewide TBI Crime Laboratory Forensic Chemistry Unit identified plant material as marijuana an average of 9,951 times each year. This number has been relatively consistent over the years. Additionally, that unit separately identified THC 497 times in 2018. THC is typically identified in samples that are not plant material, such as foodstuffs, vape cartridges, oils, etc. THC identification has increased dramatically from 2005 to 2018.

• What is CBD? CBD, or cannabidiol, is a chemical compound from the cannabis plant. Unlike tetrahydrocannabinol (THC), it’s not psychoactive.

• What is THC? THC, or tetrahydrocannabinol, is the principal psychoactive chemical of the cannabis plant. 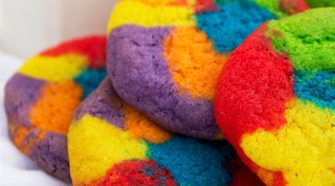