North Dakota and Montana were among states that sent a hemp plan to the U.S. Department of Agriculture early last year. North Dakota’s plan was rejected, however, and Montana’s revised plan is still under review amid THC testing requirements that were more stringent than expected.

Hemp is a cousin of marijuana that contains trace amounts of THC, the chemical that causes a marijuana high, though hemp does not produce the same effects. The sturdy, fibrous plant is used to make an assortment of products including paper, rope, clothing and cosmetics, and many in the agriculture industry see it as a potential cash crop.

North Dakota and Montana both have decided they will continue operating their hemp programs under the 2014 hemp pilot rules, which is allowed through Oct. 31.

North Dakota Agriculture Commissioner Doug Goehring told the Williston Herald that when North Dakota submitted its plan in early 2019, it had seemed that only minor modifications would be needed to the plan North Dakota already had in place for its pilot program.

That turned out not to be the case. 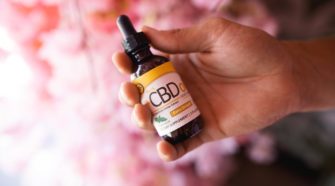