While cannabis is now legal in Canada, strict marketing rules make it a very different market than in most U.S. states.

Last week, Canada legalized cannabis. Citizens celebrated by toking up in public parks and waiting in long lines to buy cannabis for medical reasons, or just for fun. But for anyone who’s previously visited a legal cannabis store in states such as California, the Canadian retail experience may have been a bit jarring.

Instead of displays of colorful edibles, high-tech vaping pens, flowers and pre-rolled joints, Canadian customers (in provinces that are allowing retail sales) were greeted with menus of different kinds of flowers stored out of sight. When they received their products – mostly just the dried buds at this point – they were packaged in generic containers, each of which featured a big red stop sign and a bright yellow panel warning that cannabis can be addictive. Alongside that, each package also displays information about percentages of THC (the psychoactive drug in cannabis) and CBD, plant strain and different types of terpenes (molecules responsible for aroma) present.

This was part of the Canadian compromise to get legal cannabis approved by both houses of Parliament. In order to get majority vote, law makers had to agree to treat cannabis as clinically as possible. Packaging is uniform, generic and informational.

Health Canada, the government arm overseeing packaging regulations for cannabis, wanted to approach packaging from a health and safety perspective as opposed to a revenue generating perspective. Their main goal is to ensure that producers aren’t marketing to children.

It’s a noble goal but it comes with some drawbacks. New customers, who may benefit from using cannabis to treat pain or anxiety, will have a tough time navigating the product landscape. While bud tenders will be on hand to talk to customers about their needs and steer them towards the right product, understanding the wide variety of cannabis can be difficult. Indica, sativa, and hybrid, across between sativa and indica, plants have different effects on the brain. New users will have to do some research and experimenting to figure out which strains might provide their desired outcomes.

For comparison, it’s getting pretty easy to find and purchase the exact product you’re looking for in the U.S. because producers are increasingly spelling out the effect of different strains in their marketing. Dosist, for example, markets a line of disposable vape pens with names like bliss, sleep, calm and relief.

Then there is the difficulty of using the product in Canada, which, at least in the near term, is mostly dried flowers. These flowers need to be ground before they can be rolled into joints or used in bongs or vaporizers. Of course this is how cannabis users have ingested the plant for decades but in the U.S., the transparent rules around packaging have made it easier for newcomers who may not want to smoke or go through the effort of using dried flowers. In the U.S., vaping is quickly becoming the preferred delivery method for cannabis. According to a report by BDS Analytics and Arcview Market Research, spending on vape is expected to equal or surpass spending on flower by 2022.

The rules also make it difficult for entrepreneurs who are hoping to build profitable cannabis businesses in Canada. By enforcing policies that essentially make all packaging look the same, Canada is taking away companies’ ability to market themselves and compete with one another. Cannabis is being treated like a commodity. The almost laser like focus on flower also means that companies can’t be as creative as they might like in coming up with new ideas for cannabis delivery such as wines and different kinds of edibles.

In the short term, these packing rules won’t stymie the market. There was too much pent up demand as we saw during celebrations the first day cannabis became legal. But in the long run, it could have an effect. Expect to see cannabis producers lobbying government officials to ease rules around packaging to give them more opportunities to compete.

As the U.S. government considers legalizing cannabis at the federal level, it can look to the Canadian experience for lessons about how to structure regulations. By that time, it’s highly likely Canada will have eased some of its packaging restrictions. Don’t expect the U.S. to take any tips from its northern neighbor on marketing, though. Moving to generic packaging here would be extremely difficult since so many consumers have already experienced buying branded cannabis. It’s unlikely the U.S. would impose similar limits.

Next Gulf Breeze Recovery on CBD, Product Versus Label 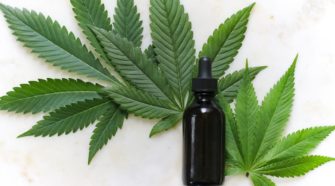 The Best Hemp Oils For Your Skin – Inverse