Ventura County supervisors supported the adoption of zones near populated areas and schools where odorous hemp plants may not be planted at a heavily attended hearing Tuesday in Ventura.

An ordinance establishing the half-mile buffers in the unincorporated areas of the county is scheduled to return Jan. 14 for a vote. If passed by the Board of Supervisors, it could take effect immediately as an emergency measure.

The buffers would exclude the planting of hemp in what’s estimated to be more than 800 acres of the 3,600 acres that’s been cultivated this year.

The setbacks are intended to minimize the skunk-like smell that sometimes come from the fields and reduce complaints from homeowners who say the odor has sickened them and made it impossible to stay outside.

But growers resisted and shouted “No” after the board directed staff to return with the ordinance with the half-mile restrictions. They called for buffers that would take into account winds, geography and micro-climates, not a one-size-fits-all approach.

Will Terry, the president of the Farm Bureau of Ventura County, said afterward that the proposed buffers would be “ruinous” for people who have made major investments in growing the newly legalized crop.

“You’ve made their property worthless,” the hemp grower said.

The board also directed Agricultural Commissioner Ed Williams to work with farmers on ways to consolidate the growing cycle to limit the number of months when the smell is pronounced. An exemption would be created for indoor production by greenhouses.

Those items are expected to come back to the board before April, when the next planting season starts.

The actions Tuesday came a few weeks after the board directed legal counsel to investigate whether Williams could stop issuing state registrations for hemp production temporarily without running afoul of state and federal laws.

County Counsel Leroy Smith found that the county could not impose a moratorium or otherwise stop the issuance of the registrations. Williams must issue the registrations under state law as long as the growers meet various requirements and pay fees, Smith said.

But the Board of Supervisors does have the authority to determine where hemp can be grown if at all, according to Smith’s opinion. He said legal mechanisms exist allowing the board to temporarily or permanently prohibit the cultivation of industrial hemp in all or portions of the unincorporated area of the county to address an immediate threat to public health or safety.

This story will be updated.

Kathleen Wilson covers the Ventura County government, including the county health system, politics and social services. Reach her at kathleen.wilson@vcstar.com or 805-437-0271. 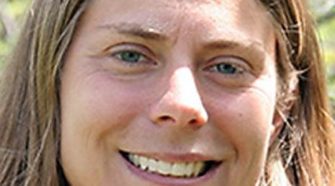