Given the type of questions both sides were asked, it is difficult to predict how this case will be decided.

To review the background briefly, Big Sky Scientific, LLC, a Colorado-based hemp processor, purchased federally lawful hemp from a state-licensed hemp cultivator in Oregon. The parties arranged to ship the hemp from Oregon to Colorado via motor carrier. En route to Colorado, the shipment entered Idaho, where the Idaho police seized the cargo and arrested the driver, alleging violations of Idaho state law. Idaho initiated a state court criminal proceeding against the driver, and a state court civil proceeding against the hemp itself, to ensure the hemp would not be returned to Big Sky. In response, Big Sky filed a motion for a temporary restraining order and preliminary injunction in federal court to force the Idaho State Police to return the seized cargo and stop seizing hemp shipments that pass through the state. The District Court denied Big Sky’s motion, and Big Sky appealed. That appeal was the basis of the oral argument. Duane Morris filed an amicus brief on behalf of the American Trade Association for Cannabis and Hemp in support of Big Sky, arguing that an adverse ruling would have a serious negative impact on the hemp industry. (Duane Morris is the national law firm partner of the American Trade Association for Cannabis and Hemp.)

The argument itself was a classic example of what is known as a “hot bench.” The judges were clearly aware of the significance of the case and were fully prepared for the argument. They peppered both sides with questions, jumping in after each side said only a few words of their prepared introductions. Given the type of questions both sides were asked, it is difficult to predict how this case will be decided. However, by the end of the argument, all three judges seemed concerned with a key procedural issue. If the judges decided not to rule on the merits of the federal case, the state court cases would move forward. Importantly, the criminal case against the truck driver would have to be resolved before the civil case could even be heard. That would mean Big Sky could not assert its claim that the 2018 Farm Bill legalized the interstate shipment of hemp until some indefinite time in the future. It appeared that all three judges were very concerned that if they did not rule on the merits of the appeal, Big Sky might not get its day in court until months, or even years, down the road.

The argument began with Christopher Pooser of Stoel Rives arguing on behalf of Big Sky. In its briefs, Big Sky argued that the 2018 Farm Bill removed “hemp” from the CSA’s definition of unlawful “marijuana,” making the seized hemp federally lawful, and that Idaho was prohibited from interfering with the interstate transportation of lawful hemp by both the commerce clause and Section 10114 of the 2018 Farm Bill. But just moments after beginning his argument, the court zeroed in on a single issue: whether the Ninth Circuit should exercise jurisdiction and rule on the case when the issues were already being litigated in state court.

Pooser argued the Ninth Circuit should intervene because the civil claim in state court was limited to that single shipment of hemp, while a decision from the Ninth Circuit would apply to all future shipments of hemp. The panel appeared largely unmoved by this position, and Judge Bybee made the point that any ruling by the Idaho Supreme Court (assuming the case ultimately reached the state’s high court) would control the actions of the Idaho State Police with respect to future shipments of federally lawful hemp. In response, Pooser stressed that the issue before the Ninth Circuit was an important federal question with consequences stretching beyond the individual shipment.

The defendants split their argument time between two attorneys. The first to argue was attorney Sherry Morgan, on behalf of Ada County and Jan M. Bennetts as Ada County prosecutor. Morgan seized on the court’s focus during Big Sky’s argument and asserted that the Ninth Circuit should not rule on the merits of the case because there were already state court actions pending in Idaho. Judge McKeown raised a practical point: Until the legality of interstate transportation of hemp is ultimately decided—which could take many years in Idaho state court—Idaho is essentially able to prohibit all hemp shipments from moving through the state. Counsel responded that Big Sky, or any other entity interested in shipping hemp, was free to ship products through other states, such as California and Nevada. Further, Big Sky could have avoided the present litigation entirely if it sought guidance from Idaho on its view of hemp before Big Sky chose to ship its cargo through Idaho. Counsel concluded by arguing that the record below is insufficient to determine whether the hemp that has been seized was cultivated in accordance with either the 2018 or the 2014 Farm Bills, and as such the Ninth Circuit cannot conclude that the hemp at issue is lawful under any circumstances.

Next, Idaho Deputy Attorney General Merritt Dublin presented argument on behalf of the Idaho State Police. Dublin began by explaining to the court that the state’s civil case (to keep the seized hemp) will not go forward until the state’s criminal proceedings against the trucker have been resolved. That was clearly information the court was not aware of, and when Dublin made that point, all three judges reacted swiftly. In particular, Judges Hawkins and McKeown voiced their concern that since Big Sky was not a litigant in the criminal proceeding, if the Ninth Circuit abstained from ruling on the case until the state court proceedings concluded, Big Sky would not be able to immediately pursue its rights in state court. In the end, it appears that this issue, no matter how the case is decided, will be key to the Ninth Circuit’s decision.

Duane Morris will continue to monitor this case and will provide an update when the Ninth Circuit issues its ruling. 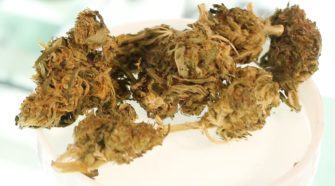