There may be a new hemp-related business setting up shop in the county soon.

At their Wednesday, Aug. 7 commission meeting, the Port of Columbia County reviewed a potential lease with Oregon Fusion Farms, LLC, (OFF) a wholesale hemp processing company that plans to move into 514 Milton Way, a currently vacant building at Milton Creek Industrial Park.

The lease will be on the agenda again at the Aug. 28 commission meeting.

If the lease is approved, the 14,000 square-foot facility will be used for drying and storage of dry hemp material, as well as serve as the storage facility for another hemp organization that OFF has contracted with, according to owner Adam Kurtz, who also refers to his company as Fusion CBD. The hemp will arrive via both partner and contract farms. The dried material will then be shipped to 12 partner farms around the state who will store the material for further processing.

During the meeting, Kurtz stressed that the company does not do any extractions, thereby not dealing with any solvents or chemicals. “It’s primarily dry material,” he said.

Kurtz said most of the product ends up on trucks, not trains. He also said the hemp plant produces a color that dissipates as the plant dries out.

The basic rent will cost the facility $5,886 per month, for a total of $70,632 a year, and the lease will be renewable every two years, according to port documents.

Craig Allison, Property and Operations Manager for the port, as well as Deputy Executive Director, said the port has been in talks with the company for approximately two months, a standard procedure for the port before reviewing an initial lease.

At the port meeting, Kurtz presented port commissioners with a large sample of products the company produces. Those products include topicals, lotions, tinctures, hemp cones and hemp mints, among others.

The company is based in both New York and Oregon, holding licenses in both states. According to Kurtz, the company paid out $4 million this year to contract farmers who grow hemp for them. They have 20 partner farms that feed into their supply chain, which are dispersed among four states; Oregon, New York, Maryland and Tennessee. These farms receive half of the anticipated value of the crop prior to harvest, which mitigates their risk to plant the product, according to Kurtz.

“We’re really just at the infancy of this. This is one of the single biggest cash crops in the state, revenue wise,” Kurtz said.

If approved, the company will supply six to 10 jobs for the community on a permanent basis, hired on full time employment. Kurtz also plans to hire contract laborers, approximately 20 at the busiest times of the year, such as whenever the facility receives hundreds of thousands of pounds of hemp and have to get it on the trucks in a timely manner.

Because of the nature of hemp processing, Kurtz said it is important to get an approval from the port at the next meeting.

“We’ll have to move into another facility if they don’t approve in a timely manner,” Kurtz said.

If the site is approved for Fusion CBD, Kurtz said he is looking forward to working in the St. Helens community.

“I look forward to the opportunity to tap into the local farming network, and the labor pool, and provide an influx of business and opportunity,” Kurtz said. “Coming myself from a farming background, it comes close to my heart to give back to other farmers.” 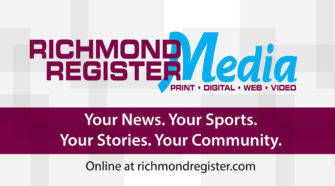