AUGUSTA, Maine — A set of proposed rules in Maine would help ease the state’s 154 hemp farmers into compliance with looming federal regulations.

The state’s proposed changes are more restrictive than the rules currently governing the state’s three-year-old hemp program and will be the topic of a public hearing Jan. 7, the Portland Press Herald reported.

The proposed rules would double a farmer’s per acre cost, allow them to grow indoors, and change how the psychoactive element of their crop is measured to the point where a quarter of this year’s harvest would not have been able to be sold.

The state is proposing to continue its hemp program through the 2020 growing season under its new rules before deciding whether to seek federal approval of the state program or join the national hemp program that is still under development.

The major change in the proposed rules is the way the state would begin calculating a hemp plant’s THC, the psychoactive compound in cannabis that gets users high. The new rules would require the state to include a THC acid that is inactive in raw cannabis. 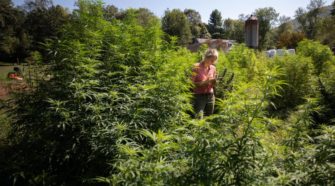