A new trade association for hemp farmers held its first fly-in Thursday, as members went to Capitol Hill and the Department of Agriculture (USDA) to push policies that support the industry.

The handful of farmers who came to Washington, D.C., discussed their legislative and regulatory priorities with lawmakers and regulators, touching on a wide array of issues including immigration, financial services, transportation and regulations.

“Every facet of this industry is new and underdeveloped. And one of the real keys to see in the Hemp Federation, particularly being farmer-lead, is to zero in and focus on the items that need to get fixed first,” Derek Azevedo, executive vice president at Bowles Farming Company in California, told reporters on Thursday.

The goal of the association is to foster a sustainable market for industrial hemp grown in the U.S. for food, fuel and fiber use, among other products.

Immigrants who are seeking naturalization are prohibited from working in the cannabis industry and, although hemp is not cannabis, immigrants fear that working with hemp could hurt their chances with the Immigration and Customs Enforcement (ICE).

“Our job … is to make sure the employees show up and they go home safely and they are not impacted by my actions negatively,” Azevedo said. “That’s where I want to focus on, making sure that truck drivers aren’t going to be worried about being thrown in jail just because they’re asked to haul something across state lines. Workers aren’t going to be jeopardized just because I chose to register— not even grow but just register — as a hemp farm. That we’re not worried about them jeopardizing their green card status.”

Graves added that if an immigration bill moves in Congress, the group wants this issue to be on lawmakers’ radars.

“The immigration issues is probably the most time sensitive and pertinent,” Graves said.

Other farmers in the federation spoke about how the cannabis industry can be confused with the hemp industry by lawmakers.

“What’s interesting and still problematic is the public perception still is, if you’re raising hemp, you’re raising marijuana. For us, that are more familiar, we say, ‘how can they possibly still think that?’ ” Mike Gaynier, principal at Weather Management Solutions in Michigan, said. “This is not marijuana, this is different crop.”

The group stressed that there’s a lack of information and data about the industry.

“That’s one of the objectives and things we hope to rely when we’re up on the Hill is that, as policymakers and their staffers think about the hemp industry … they realize we’ve got these guys and gals that have been involved with production agriculture for a very long time. They’re serious operators,” Graves said. 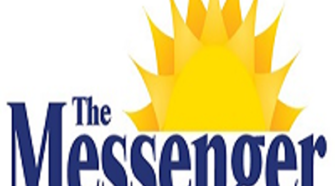