Industrial hemp cultivation may be off the table for an additional year after the Nevada County Board of Supervisors decide whether to extend its temporary moratorium during a public hearing Tuesday.

The board first implemented the temporary ban in April 2019, citing the need to have a cannabis ordinance in place before deciding on an industrial hemp ordinance that would have to work in tandem with the cannabis one. A hemp ordinance would have to consider similar nuisance complaints as cannabis, such as smell, but would also have to develop additional restrictions to limit cross-pollination with cannabis and enforcement policies to deal with the two products which are only distinguishable through testing,

According to the board’s staff report, since then the county has made efforts to understand how the state plan to regulate industrial hemp by consulting with state agencies and finding out how other municipalities are regulating the industry, but recommends extending the ban the continue studying the issue.

The extension would allow the county more time to study the effects taking any action would have on the county would allow time for state agencies to come up with the a plan for regulating industrial hemp, which is expected to be introduced in May.

After extending the moratorium once last April, this will be the board’s final extensions allowed, if approved, and would expire Feb. 25, 2021.

The moratorium extension requires four-fifths approval from the board. 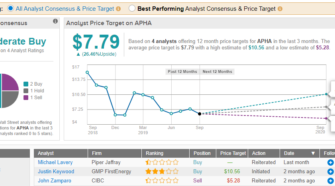