Farmers Hayden Tanner of Sutton, Eric Paris of Lyndon and Amanda Brickford of Browington speak about their hemp operations in the Northeast Kingdom at a Wednesday event in Barton. Photo by Justin Trombly/ VTDigger

Everybody said his crops looked good. He anticipated making a sale.

But months after hemp’s fall harvest, Tanner is still sitting on his haul.

Tanner and two other Northeast Kingdom growers spoke as a panel in Barton that day about the successes and failures of the region’s 2019 season, the first after the federal legalization of hemp farming.

Caledonia and Orleans counties had among the highest registered acreage of hemp in the state as of October, making the Kingdom a significant barometer for the state of the industry.

About 50 people — a number of them growers — crowded into the lower level of the Barton Village municipal hall to hear from the speakers, ask questions and scribble thoughts in their notebooks as they listened.

The afternoon event also featured representatives from the Natural Resource Conservation Districts in Caledonia and Orleans counties, the University of Vermont Extension Service and the Agency of Agriculture, Food and Markets.

Eric Paris owns Tamarlane Farm in Lyndon, which planted about 20 acres of two varieties of hemp this past year. He’s found himself in the same position as Tanner.

VTDigger is underwritten by:

“Right now, it’s up in the air,” Paris said when a Barre grower in the audience asked about his crop market.

He said his farm had originally planned to harvest the crop and sell it to a processor that could turn it into a consumer product, like CBD oil, an alternative medicine using a chemical in hemp.

“That market probably won’t work out,” Paris said, and now his farm is holding onto bales of hemp, trying to find a processor to take them.

The third panelist, Amanda Brickford of the NEK Roots farm in Brownington, said her team looked at what other producers were making through selling to processors and decided to buy a small lab to make and sell oils in-house.

She has about 2½ acres of hemp at the farm, and she highlighted another challenge for Kingdom growers in particular.

“There’s no place to share, rent, borrow equipment,” she said, adding later, “Our biggest challenge was buying all the equipment.”

She also described a problem faced by her two counterparts: delays in getting equipment or planting the crops. Tanner said his farm received its seedlings to plant two weeks late, and when he could harvest, frost hit, setting back his harvest.

The trio weren’t the only hemp farmers who found trouble last year. Others around the state found disappointment come harvest time, with a market that hasn’t matched the number of producers.

And some growers statewide are worried that proposed changes to federal hemp regulations could hamper Vermont’s industry.

The proposals would bar farmers from harvesting hemp plants with a greater than 0.3% concentration of THC, the psychoactive chemical in cannibas. Vermont law allows farmers to produce hemp with a THC concentration under 1%.

Growers at the Barton meeting had that worry, too. They questioned state officials who were present about what happens if they receive contradicting lab tests regarding their crops, and they asked if the state could develop an appeal process or some standardization for testing.

State agriculture officials want to see those federal proposals loosened. Regulators are also asking the U.S. Department of Agriculture to consider genetic testing as a method for determining what is and isn’t hemp, which they believe could be fairer and more accurate.

Those and other recommendations are included in the state agency’s comments on the federal proposals.

University of Vermont hemp specialist Heather Darby, center, talks to attendees about the risks of entering the hemp industry. Photo by Justin Trombly/VTDigger

UVM hemp specialist Heather Darby, another speaker in Barton, cautioned attendees about expecting too much so soon from a new, risky industry. And the panelists said much of the same, reminding people that growing hemp is still farming, a field in which profits are never guaranteed.

But the three growers remained optimistic about their yield last year and about their prospects for the future.

“I’m thinking it’s still a strong demand for the CBD oil,” Tanner said, adding, “I think it’s going to be strong for years to come.”

Want to stay on top of the latest business news? Sign up here to get a weekly email on all of VTDigger’s reporting on local companies and economic trends. And check out our new Business section here.

I have to start my day with VTDigger, just to make sure I’m up on the latest, most in depth local news. No slant just the facts. Commentaries cover a broad spectrum of opinions just like Vermont. Their investigative journalism and their dogged-ness is just what we all need more of. Digging out the truth from the obfuscation, lies and dribble that surround politics these days is a service I’m well prepared to pay for. 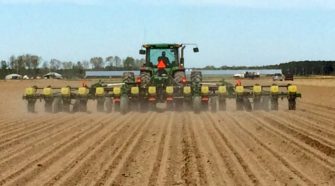