COLORADO SPRINGS, Colo. – Neighbors living on Colorado Springs’ Southeast side are not happy about the possibility of a hemp processing facility coming to their area.

The proposed site is off of Aeroplaze drive just west of the airport. Veritas Farms a Pueblo based CBD company is the company behind the proposal. The facility is right across the street from a neighborhood, two churches, and a playground. That’s some of the reasons why neighbors don’t want the plans to happen.

On Monday night, Veritas Farms held a public meeting to address their concerns. One of the biggest issues residents had was the chemical process of making the products. Veritas Farms originally submitted a variance request so they could process hemp, but after hearing the concerns, Rianna Meyer the Vice President of operations announced at the meeting they will not be doing that here.

“We listened to what they had to say and it was a very large concern for everyone so we took it off the plate,” Meyer says.

Some like Jacqueline Armendariz is excited for the facility saying this could be a great opportunity for the city.

“I think hemp manufacturing and processing is going to be a pretty big deal increasingly as time passes in the entire country honestly,” Armendariz says.

But she is one of a few people who is for it. Everyone else at the meeting is still opposed despite the chemical process no longer being in the picture.

“I think that is a help to the situation but I don’t think it brings confidence to the neighborhood that it still won’t affect our property values,” said one neighbor who asked to remain anonymous.

Melissa Pelter another neighbor says, “I’m still a little concerned about what the processing will mean to the crime in the area the quality of life.”

James Sullivan the CEO and president of the Boys and Girls Club of the Pikes Peak Region that has an office in the same plaza, says the best solution would be for the company to find another location.

“They are clearly a successful business with some great things that are going on for them so why not build something or find something that is already vacant other than right here in a neighborhood?” Sullivan says.

The proposed plans have to be resubmitted to the city and reviewed by the planning commission.

Next Hemp Licenses Quadrupled in 2019, But Will There Be a CBD Surplus? - Cannabis Now 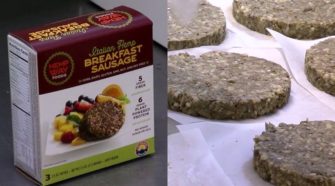