Hemp, the non-psychoactive relative of marijuana, is legal across the United States under the 2018 Farm Bill — as long as it contains no more than 0.3% THC. But North Carolina law enforcement and district attorneys are pushing state lawmakers to ban the plant’s smokable form because they say it is impossible to distinguish from marijuana, which is illegal federally.

“They smell the same, whether burned or unburned. They look the same. And drug dogs alert the same on smokable hemp just as they do with marijuana,” said Eddie Caldwell, Executive Vice President and General Counsel for the North Carolina State Sheriffs’ Association.

According to Caldwell, confusion over hemp and marijuana could keep police officers from stopping people to search for drugs, which he said puts residents in danger.

“In many cases, people who are transporting marijuana are also transporting much more serious drugs,” Caldwell said. “Often transporting stolen weapons … stolen goods. And a lot of times it’s the marijuana charge that gets the officer the opportunity to search the vehicle.”

Advocates say CBD, which is derived from hemp, can help alleviate conditions like anxiety, chronic pain and insomnia. The U.S. Food and Drug Administration has only approved the substance to treat two severe forms of epilepsy.

North Carolina has 1,400 hemp farmers and grows 17,500 acres of the crop, according to the state Department of Agriculture.

Banning smokable hemp would be “pulling the rug out from underneath these folks after they have pumped hundreds of thousands of dollars into these investments,” said Colby Brown, co-owner of Blue Flowers CBD in Charlotte.

Brown said it is easier and cheaper for farmers to produce smokable hemp rather than processing it into hempseed oil or CBD. He wants to work with law enforcement to figure out a way to regulate smokable hemp without banning it.

“Our state crime lab does not have the ability to tell how much THC there is in any plant kind of material like that,” Dorer said, adding that there are no roadside tests for marijuana that are admissible in state court.

Criminal defense attorney Aaron Lee, who primarily practices in Mecklenburg County, said the county’s judges have traditionally been lenient in marijuana cases and the possible smokable hemp defense has made it even easier to avoid jail time. He estimated at least 90% of marijuana cases in the county are ultimately dismissed.

“If a person is smart enough to say, ‘This is hemp,’ and sticks with that story, you have a decent argument,” Lee said. “Because the state certainly doesn’t want to spend a lot of money to test this for such a basic charge.”

The groups that want a ban on smokable hemp will continue their push to make it illegal. Their goal is for it to take effect June 1. State lawmakers return to session April 28.

Louisiana and Indiana both banned smokable hemp last year, according to the Pew Charitable Trusts. 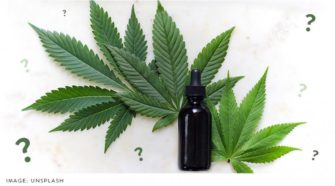