Hemp is a fast-growing relative of marijuana lacking the THC that gets users high. But it produces strong and versatile fibers, so American farmers grew it for a century for use in rope and textiles.

Nowadays hemp is in great demand for its cannabidiol, or CBD, which is also produced by marijuana plants but itself has no psychoactive effect. Proponents say it relieves anxiety, inflammation and other maladies, so a big market for products containing CBD is rapidly developing.

The U.S. largely banned the cultivation of hemp because of its association with marijuana from 1970 until December, when President Trump signed a new farm bill that removed hemp from the list of federally controlled substances.

With that, the race to ramp up a new hemp industry was started. And at the end of last month, New Jersey and two other states got a lead in the race when the U.S. Department of Agriculture approved their plans to start growing hemp.

Anyone who gets a state permit (online at nj.gov/agriculture) can try growing as much hemp as they like, but the main action should happen in South Jersey, the primary agricultural region of the state. Last year, then Sen. Bob Andrzejczak, D-Cape May, Cumberland, Atlantic, was working to develop a hemp growing and processing industry that could bring thousands of good jobs to the region. In August, the state enacted the New Jersey Hemp Farming Act, putting it at the starting line when federal restrictions were removed.

Some think the hemp industry could be very lucrative. The cannabis research firm New Frontier Data estimates it will be worth $2.6 billion in 2022.

The Rodale Institute, an agricultural researcher with expertise in organic farming, figures growers can earn $200 to $400 an acre growing hemp for use in textiles, plastics, insulation and construction materials. Growing it for CBD, though, could earn farmers thousands of dollars an acre, according to the institute.

The CDB payoff will depend in part on the actions of the U.S. Food and Drug Administration. The FDA in November said that there isn’t enough research to consider cannabidiol safe to consume or to support the benefits claimed for it. While the agency decides its approach to evaluating CDB, it said people should consider its risks, including possible liver damage.

Growing crops for an uncertain future market is part of farming. South Jersey farmers will have to decide how much hemp to grow, what particular variety to plant, or whether to give it a try yet at all. 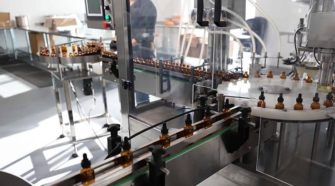