On Tuesday, NJ Cannabis Insider will host the state’s premier all-day, multi-track panel event focused on the imminent legalization of adult-use cannabis, the expansion of the state’s medical marijuana program and the exploding hemp/CBD industry at the New Jersey Conference and Expo Center in Edison.

“The marijuana industry faces many hardships in establishing necessary business functions, primarily due to the regulatory climate – and obtaining a bank account is no different,” said DuCap, who is responsible for building BCB Bank’s marijuana banking program, which was launched in 2014. “Until new laws are passed, it is important that those in the industry understand the compliance burden on the banks that do choose to bank them, and their cooperation with due diligence requirements are necessary to build a strong banking relationship.”

Here’s the remainder lineup of panels and speakers:

Medical cannabis — The Next Frontier will feature: Jackie Cornell, the former principal deputy commissioner of the state Department of Health and the current Chief of Policy and Health Innovations at 1906 edibles; Dr. Monica Taing, the medical sciences liaison for 4Front Advisors; Dr. David Nathan, the founder of Doctors for Cannabis Regulation; Tom Schultz, CEO of CTPharma, and attorney Sheila Mints of Capehart Scatchard.

Where towns stand: NIMBY or Welcome to town? features: Colleen Mahr, the mayor of Fanwood and the former president of the New Jersey League of Municipalities, Stacey Udell of HBK, Chirali V. Patel of Carella Byrne, Mike McQueeny of Genova Burns, and Sheena Cullum, mayor of South Orange.

Insuring your canna-business: Understanding the risks and how to safeguard your property and people will feature: Karen Adamsbaum of John Morgan McLachlan Agency; Holly DeLorenzo, of Hardenbergh Insurance Group, and Max Meade of Brown & Brown.

Special attention will also be given to a priority outlined in Jake Honig’s Law: awarding 15% of licenses to minority owners and 15% to women, disabled people and veterans. More speakers and panels will be announced in the coming days.

Tickets to the March 10 event are available here.

NJ Cannabis Insider is a weekly subscriber-based newsletter produced by NJ Advance Media, which also publishes NJ.com, The Star-Ledger and other affiliated papers.

For cannabis business, yields are growing but society is struggling to keep up 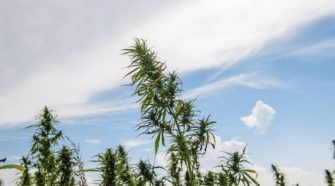