Vancouver , British Columbia / TheNewswire / April 16, 2019- MYM Nutraceuticals Inc., (CSE: MYM) (OTCBB: MYMMF) (“MYM” or “The Company”) is pleased to announce it has incorporated “MYM Nutraceuticals Mexico S.A. de C.V.” MYM has confidence in future Mexican legislation to regulate the cannabis industry. The Company is taking steps to be a first-mover in the industry in Mexico by planning to focus on the importation and distribution of hemp derived CBD products. The expected changes in cannabis legislation will make cannabis products like hemp-derived CBD available on the shelves of general retailers across the nation.

The Company has engaged Mr. Joaquin Araico as its Director of Business Development and Local Operations for Mexico. Mr. Araico holds a BA in Economics at the Anahuac University and a certificate in finance at the Technological Institute of Monterrey. He has over 35 years experience in management, finance and politics, particularly in various levels of government and strategic areas in Mexico. He will oversee the daily operations of MYM Mexico and its entry into the CBD and cannabis market within the country.

MYM has also engaged Mr. Hector Ernesto Espino to act as legal representation for MYM Mexico. Mr. Espino has a degree in Law at the Technological Institute of Monterrey, Chihuahua campus, (1988) distinguished by honorable mention. He has a Master at International Law from Georgetown University, he studied Taxation at the Universidad Panamericana and had a Diploma in International Tax Law at the University of Salamanca. In Ciudad Juarez he has served as a Lawyer of the Public Notary Public No. 4 of Ciudad Juarez and as sub-administrator of resolutions of the Local Legal Administration of Revenue of the Ministry of Finance and Public Credit. In Mexico City, he has served as deputy general legal director in the National Lottery for Public Assistance (from 2006 to 2009).

“In keeping with our Strategic Plan previously outlined, we’re excited to add another building block by incorporating MYM Mexico and establishing an office in Mexico,” said Howard Steinberg, CEO of MYM. “The Mexican government is currently considering significant cannabis reform at a national level. MYM aims to be at the forefront of this movement by positioning the company to be a key player in the importation and distribution of CBD-rich hemp products.”

MYM announces it has closed a non-brokered private placement as part of a series of drawdowns on the Alumina Equity Agreement consisting of 1,449,333 units at a price of CAD$0.41 per unit for gross proceeds of $594,226.

Each unit consists of one common share and one transferable common share purchase warrant. Each warrant entitles the holder to purchase one common share at a price of $0.64 for a period of three years from the issue date. The warrants are subject to an acceleration provision that allows the Company to give notice of an earlier expiry date if the Company’s share price on the Canadian Securities Exchange (or such other stock exchange the Company may be trading on) is equal or greater than $1.28 for a period of 10 consecutive trading days. The securities will be subject to a four month and one day hold period under securities laws.

The Company intends to use the proceeds from the private placement for the balance of the Elite Ventures Group agreement to fund the 120 acres of CBD-rich hemp in Nevada, USA and for general and other working capital purposes.

MYM Nutraceuticals Inc. is an innovative company focused on the global growth of Cannabis and hemp. To ensure a strong presence and growth potential within the industry, MYM is actively looking to acquire complementary businesses and assets in the technology, nutraceuticals and CBD sectors. MYM shares trade in Canada, Germany and the USA under the following symbols: (CSE:MYM) (OTC:MYMMF) (FRA:0MY) (DEU:0MY) (MUN:0MY) (STU:0MY).

ON BEHALF OF THE BOARD

Keep up to date with MYM on our social media channels:

This news release may contain forward-looking statements based on assumptions and judgments of management regarding future events or results. Such statements are subject to a variety of risks and uncertainties which could cause actual events or results to differ materially from those reflected in the forward-looking statements. The company disclaims any intention or obligation to revise or update such statements. For a description of the risks and uncertainties facing the Company and its business and affairs, readers should refer to the Company’s Management’s Discussion and Analysis and other disclosure filings with Canadian securities regulators, which are posted on www.sedar.com.

This news release does not constitute an offer to sell or solicitation of an offer to buy any of the securities described herein and accordingly undue reliance should not be put on such. Neither the Canadian Securities Exchange (CSE or CNSX Markets), nor its Regulation Services Provider (as that term is defined in policies of the CSE), accepts responsibility for the adequacy or accuracy of this release.

Next Industrial Hemp Is the Answer to Petrochemical Dependency-Forbes 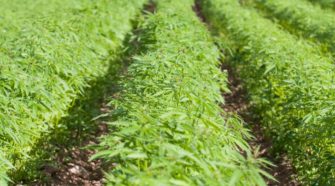