Murrieta officials have cleared the way for hemp-based products to be sold anywhere in the city, and have opened the door to hemp and marijuana testing laboratories in business-park and industrial zones.

The city’s new rules on hemp, a cousin of marijuana that doesn’t get you high, builds on passage of a 2018 federal farm bill that removed hemp from the nation’s list of controlled substances. Hemp is used to make a variety of products, including fabrics, foods and building materials.

An ordinance, which won final approval Tuesday, Aug. 6, from the Murrieta City Council, bars foods and supplements from being sold. But it allows other products such as “the ointments, the lotions, the shampoos — the things that you see with CBD oil,” Development Services Director Jeff Murphy said after the meeting.

“A lot of the product is out there and it’s being sold,” Murphy said. “We’re going to treat it like any other retail use.”

As for testing hemp or marijuana, in about a month prospective operators may begin applying for conditional-use permits to open laboratories, Murphy said. The merits of such applications will be aired before the Murrieta Planning Commission.

Testing laboratories could set up along Jefferson Avenue, between Murrieta Hot Springs Road and Cherry Street, and along the 15 Freeway in southern Murrieta, and on Winchester Road in the northeast corner, a city report states.

While the policy of allowing laboratories may seem a relaxation of Murrieta’s long-standing across-the-board prohibition against marijuana enterprises, Murphy said it is not an indication the city may soon open the door to other types of cannabis businesses.

The city still bars marijuana cultivation facilities, manufacturing plants and retail stores — or dispensaries. And he said officials have no plans to change that.

With strict state regulations governing operation of laboratories, city officials concluded testing facilities wouldn’t be detrimental to the community and would be appropriate uses within industrial and business-park zones, the report states.

Murphy said the city added rules to make clear marijuana may only be tested — and not consumed — in laboratories, and that controls must be put in place to prevent odors from being smelled outside testing buildings.

Next DA drops marijuana-trafficking case in Pawhuska amid ongoing questions about handling hemp in Oklahoma - Oklahoman.com 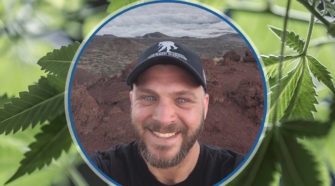