For the first time in more than 70 years, farmers in Missouri will be allowed to grow industrial hemp during the 2020 growing season.

But first they will need a permit from the Missouri Department of Agriculture. Those applications are online now, and the department will start processing them right after the first of the year.

“Producers should know that they need to wait for that final approval before purchasing, receiving or planting industrial hemp seed. We really want them to have that registration in hand so that legally they are in a good spot,” said Sami Jo Freeman, a spokesperson for the Missouri Department of Agriculture.

Industrial hemp was banned across the country because of its relation to marijuana. Proponents of allowing the crop to be farmed again argued the level of the chemical in marijuana that leads to a high is only found in trace amounts in hemp.

“You’d have to smoke a hemp joint the size of a telephone pole to get high,” said Roger Johnson, president of the National Farmers Union. “Hemp was outlawed because it looks like marijuana.”

Industrial hemp can be used for a variety of products including textiles, rope, biodegradable plastic and the increasingly popular supplement cannabidiol, also known as CBD oil.

Adding a new crop to the options for farmers has been a learning experience.

“Not only for the industry, but for government entities who are trying to provide opportunities for producer and industry feedback. But also strike that balance of doing our job as we see it in state government to provide the framework,” said Freeman.

The online applications to grow hemp will be processed starting on Jan. 2, and producers should receive their registration in plenty of time for growing season, according to Freeman.

Send questions and comments about this story to feedback@stlpublicradio.org

Next Meet Recess: The sparkling, millennial, CBD beverage in a pastel can - Business Insider 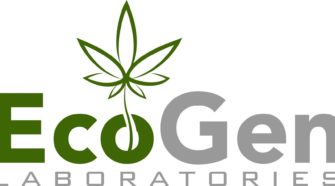