JACKSON — One of many concerns from a task force in Mississippi studying whether to allow farmers to grow hemp is distinguishing the legal crop from illegal marijuana.

The Clarion Ledger reports lab testing is needed to discern hemp from marijuana. Task force members are concerned about the cost associated with research, regulation and law enforcement.

Mississippi State University agricultural expert Wes Burger says hemp has the potential to be competitive with the state’s other major commodities.

The task force is expected to submit recommendations to the state legislature by the end of the year. Lawmakers could either legalize hemp or keep studying the issue.

‘Hemp can sequester 15t of carbon per hectare’ – Agriland

Expo agenda to include water, hemp and labor officials – The Packer 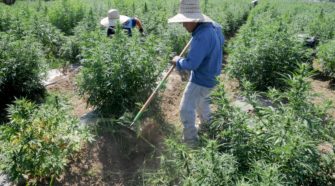