As the hemp and CBD industry takes shape in Minnesota, state lawmakers and industry advocates are going through some growing pains. Regulations worked into a budget bill awaiting Gov. Tim Walz’ signature concern some in the nascent, but fast-growing industry.

Sen. Karla Bigham, DFL-Cottage Grove, said her bill to require improvements in labeling, consumer oversight and levels of trace elements was “one of the only DFL amendments that got on that [Health and Human Services] bill.” Republicans hold the majority in the Minnesota Senate.

And applications to grow hemp in the state have increased steeply since the start of 2019, according to the Minnesota Department of Agriculture.

Hemp is described as a cousin of marijuana, with much lower levels of THC — the chemical that produces a high. CBD oil extracted from hemp is sometimes marketed to help with problems like chronic pain and anxiety.

“People deserve to know what is in the CBD and who is making it,” Bigham said. “The FDA and the [Minnesota] Board of Pharmacy don’t feel comfortable not knowing what is in those products. It could be maple syrup, so we just want to bring truth to that labeling and testing.”

Bigham said her amendment charges the Minnesota Board of Pharmacy with handling consumer complaints about CBD if they arise.

Cody Wiberg, executive director of the board, helped draft the language of the bill. Wiberg said with dozens of stores selling CBD products, “there’s no way the genie’s going back in the bottle.”

It’s why he says the new legislation would require contact information of who produced the CBD on the label and who conducted third-party testing for CBD content. It also requires there be no more than trace amounts of pesticides in the product.

“There can be trace amounts of metals or pesticides or whatnot that the hemp is pulling from the soil so using a generic term like trace amounts doesn’t give our constituents any comfort in knowing what that means,” Robins said.

He said the association would have preferred public hearings with hemp and CBD producers and retailers in the state, instead of adding the language as an amendment to a larger budget bill.

Robins said it’s also nearly impossible to have perfection in CBD concentration, so the law should account for the variance.

The changes concern Charles Levine of Hemp Acres. He took early advantage of the Minnesota Department of Agriculture’s hemp pilot program in 2016 and turned his family hobby farm in Waconia, Minn., into a business that creates hemp seed oil and hemp protein powder.

“I invested a lot of time and money into this and I would hate for a bill to jeopardize all my actions,” Levine said.

The language for the law is consistent with generally accepted hemp industry standards, Wiberg said.

Bigham is open to making adjustments in the future, but she said having something on the books now is the better option for a developing industry that’s larger than the products people might swallow or rub on their bodies.

Bigham said hemp is so versatile that it could be “insulation, textiles, it can be oil for our cars.”

“The amount of opportunity and entrepreneurial spirit this product has for our economy should not be ignored,” said Bigham.

The new rules would apply to products made after January 2020. 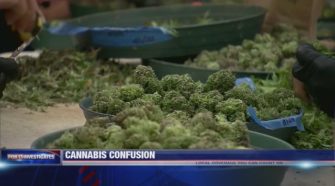