MINNEAPOLIS — Minnesota regulators are calling on lawmakers to create a central state cannabis office to oversee the booming markets for hemp, CBD and medical pot — which they say are quickly expanding beyond their grasp.

Officials from the state Pharmacy Board and the departments of Agriculture, Health and Public Safety have pitched the idea of an Office of Cannabis Management to govern the budding industry and prepare Minnesota for the potential legalization of recreational marijuana. They say having a one-stop shop for all things cannabis, like other states have established, would streamline efforts and bring a variety of expertise under the same roof.

Thousands of Minnesotans have driven these markets to new heights in recent years. Patient enrollment in the medical cannabis program grew 27% from 2018 to 2019 and now exceeds 18,000. The number of hemp farmers grew eightfold — from about 50 to 400 — in the same span. And consumer CBD products are popping up in the unlikeliest of places, from convenience stores to pet shops.

“This industry just sort of sprung itself on all of us,” said Whitney Place, assistant commissioner of the Minnesota Department of Agriculture. “There’s all this unregulated product out there and I feel like we really do need an office to manage some of these things that are out ahead of federal regulation.”

The Agriculture Department has its hands full with the growing state hemp program, Place said, but it also must police illegal CBD food products, such as infused coffees, kombucha and beer. The agency must chart its own legal course with CBD foods because the federal Food and Drug Administration offers little guidance, she said.

The Board of Pharmacy has faced similar struggles in regulating retail CBD products. There are so many CBD oils, ointments and inhalants that the board does not have enough resources to test them all.

“It’s really difficult … to take action,” said Cody Wiberg, executive director of the Board of Pharmacy. So, the board has chosen to investigate only products it has received complaints about.

But the board has yet to receive a single complaint, he said. Wiberg worries it’s because of a lack of public awareness, in that consumers don’t associate CBD products with the Pharmacy Board like they would prescription drugs.

The enforcement void has sparked concerns about inaccurate labels and ingredient lists. Those concerns might be warranted, according to the Minnesota Hemp Farmers and Manufacturers Association.

The nonprofit is in the midst of testing 25 random CBD products to see if their contents line up with their labels. Test results for the first 10 products came back last month; some contained traces of heavy metals and pesticides and almost all had less CBD than advertised.

“Every one of them was wrong in some way,” said Sarah Wellington, the association’s founder. She plans to share the results with the Pharmacy Board.

State health officials say the medical cannabis program has largely steered clear of such problems in its first five years. However, scaling enrollment up further may be difficult for the dozen or so staff members in the Office of Medical Cannabis, director Chris Tholkes said.

The addition of chronic pain as a qualifying condition in August is expected to bring a new wave of patients into the program. There will also be twice as many medical marijuana dispensaries in the near future, as LeafLine Labs and Minnesota Medical Solutions are set to build four new facilities each.

A central state cannabis office with a more robust staff would be better equipped to handle a major rise in enrollment, Tholkes said. It would also be more efficient.

“We’ve recognized … that we’re doing a lot of the same functions in this cannabis space,” Tholkes said. “To come together, I think, would leverage our resources.”

It can cause delays in verifying that farmers are indeed registered to grow hemp, or that a person possessing medical cannabis is a certified patient.

“If we can’t talk to somebody and we don’t have access to records, it makes it extremely difficult to make a judgment probable-cause call on the spot,” Marquart said. “Having one place that can track and monitor and regulate all of these things … would definitely make things easier for law enforcement.”

A handful of states have established cannabis boards, bureaus or offices to oversee the industry. The majority of these states, like California and Michigan, have also legalized recreational marijuana.

Minnesota regulators made a formal request to the Legislature in January for a central cannabis office. Members of a state work group — including Tholkes, Wiberg and Marquart — wrote in a report that an Office of Cannabis Management would relieve state agencies that “do not have enough staff to adequately enforce regulations as they stand.”

The pitch may have a receptive audience in the DFL-controlled Minnesota House.

House Majority Leader Rep. Ryan Winkler, DFL-Golden Valley, has proposed an Office of Cannabis Management as part of a recreational marijuana legalization bill he will introduce in the coming weeks. The office would oversee the new recreational market as well as medical cannabis and CBD products, he said, while leaving the hemp program with the Agriculture Department.

“This is what happens when you pull the covers over your head instead of dealing with reality. You fall behind and you become overwhelmed. We can’t keep doing that,” Winkler said.

Winkler acknowledges that the bill faces an uncertain path in his own chamber. It likely won’t gain traction in the Republican-controlled Senate, either, where leadership is opposed to legalization or any proposal that could pave the way for it.

DFL Gov. Tim Walz supports marijuana legalization. And in a statement Friday, he also threw his support behind the idea of a state cannabis office.

“If legalization occurs, we should have a centralized location — a board, commission, or office — for Minnesotans to make their voices heard and allow experts to assemble public information in one, accessible place,” Walz said.

Next Workshop on hemp production is Thursday for Thumb producers - Browncitybanner

How Forest Bathing Boosts Your Mood 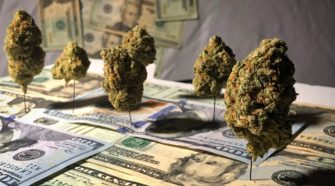