Jamil Hantash’s journey with cannabis began, like many others, with a sick relative.

In 2015, Hantash’s father was diagnosed with late-stage liver cancer. He was in so much pain he could barely function.

“It is very hard to see your own parents suffering,” Hantash said.

Rather than sit and helplessly watch that suffering, Hantash decided to take action by trying a different approach — he gave his father some hemp oil.

Within a week his father’s pain went away, Hantash said. His father was able to enjoy walking and spending time with his grandchildren again.

While it didn’t cure his cancer, which he eventually succumbed to, Hantash says the hemp oil made a huge difference in his father’s quality of life and gave him two “almost pain-free” months.

“If [hemp oil] could give my father two months of normal living with manageable pain, then it is worth investigating to see if this is something that can help other people get their quality of life back,” he said.

The Birth of Melon

Hantash’s company, VJO Biotechnology, began exploring hemp as a medicine as laws toward the plant loosened in the U.S. in 2018.

Hantash is a drug developer by trade, or what he calls a “formulator,” which means he creates generic formulations for drugs that come out of patent to provide them at a cheaper price.

He saw an opportunity to take his formulation experience and apply it to the hemp industry to create competitively priced hemp products that are “pharmaceutical grade.”

Hantash looked at what the best selling products were in the industry. The company started to “formulate” these products to create their own versions.

“We ended up with almost a hundred products that could be marketed in the U.S.,” he said. “From shampoo to beauty products to health and wellness — but pain management is how the whole thing started.”

Now the products are being branded together under one name — Melon — and Hantash serves as the new company’s chief scientific officer.

Melon’s products include everything from cannabidiol (CBD) tinctures and gummies to a CBD “intensive relief rub” to help treat sore muscles, to even CBD pet products.

What differentiates Melon’s products is they are “pharmaceutical grade.”

Hantash says the problem with hemp products is they often receive just a small fraction of the testing pharmaceutical products receive.Thus, hemp companies don’t truly understand how their products interact with the human or animal physiologies.

“But we do that [testing],” Hantash said. “We want these studies … so we can back our claims with real scientific data.”

By doing their own studies, Melon can gain its own insights into how to improve its hemp drugs and not just follow the pack.

For example, Melon has tracked its drugs’ absorption in the bloodstream and its journey through the human body to measure efficacy.

With its liquid gel capsule, Hantash noticed that many similar products in the industry have a high sugar content, which can cause blood-glucose levels to spike in diabetics.

By examining how these products interact with the human system, Melon decided to create its capsules with synthetic sugars to ensure they are safe for diabetics to consume.

This attention to detail carries over to the hemp Melon uses for its products, since not all hemp is the same, Hantash explained.

The hemp plant contains more than 113 active cannabinoid chemicals that interact with the human body, such as the popular CBD, and each cannabinoid can target a specific part of the body, he says.

Each hemp plant has different levels of the compounds due to its genetics, though, so to target the desired part of the body (such as the GI tract), you have to use hemp that contains cannabinoids targeting that specific area.

It takes six to nine months of testing to make sure the specific hemp plant targets a certain area of the body.

“The oils we use [for joint pain] are not the same ones that we use for beauty products, for anti-wrinkle, anti-aging,” Hantash said. “You have to test it, there’s a lot of process.”

Melon is even willing to gain less profit in order to competitively price its science-backed products.

“We’re not greedy to the point where we’re going to make so much profit at the expense of the quality and the research,” Hantash said.

For now, Melon’s products are available through their website in the U.S. and other partner websites, such as Wikala.com (note: Greencamp and Wikala are owned by the same parent company). The products are not yet available in Canada as regulations have not been established, Hantash says.

Melon isn’t resting on its laurels with its current range of products, however.

The company has its sights on creating prescription (RX) drugs based on hemp — the “next level,” Hantash says — but to do so requires a few more production steps than making over-the-counter products.

The biggest hurdle is getting approval by the U.S. Food and Drug Administration (FDA), Hantash says, which requires full 30-day clinical trials of at least 1,000 patients to measure efficacy of the drug. Since hemp is a natural material, this makes it harder to get FDA approval, he says.

Melon is currently working on two RX hemp drugs that will be submitted to the FDA this year — one to treat depression and anxiety, and another to heal diabetic ulcers.

The ulcer medication will consist of an ointment containing a cannabinoid that has been found to heal ulcers, according to Hantash. Currently, an ulcer can lead to amputation if it becomes infected.

It takes at least five years to get approval by the FDA or Health Canada (the FDA’s Canadian equivalent), so Hantash doesn’t expect these two drugs to be on the market until 2025.

By then he expects hemp-based RX drugs to flood the market and alter the pharmaceutical landscape due to their unique advantages, such as being effective without being toxic or immunogenic.

He says hemp drugs currently have a bad rep due to outlandish claims they can be a “cure-all”. These claims have been floating around since U.S. legislation passed  in 2018 which legalized hemp production and caused a rush of products to flood the market.

Hantash says this led to some companies not properly purifying and testing their products.

“I’m really hoping in 2020 the FDA will really tighten the grip on the requirements for these products [to make them] as tight as any product sold in the U.S.,” he said.

Right now it is a “wait-and-watch” game for the FDA to come up with those new regulations.

Hantash thinks FDA approval for RX drugs would give hemp more legitimacy, though, and change people’s perception of the plant to see it more as a real disease fighter.

The sky really is the limit with hemp as more cannabinoids are discovered that could have a myriad of medical uses.

While CBD has been the “it” cannabinoid that many producers are swarming towards to provide pain relief without the psychoactive effects of THC in cannabis, Hantash says more cannabinoids will come into the limelight.

He points to cannabidivarin (CBDV) as what he thinks will be “the next CBD” because it is “very effective in managing cancer symptoms in certain populations,” he said.

Studies have found the compound is also effective in treating seizures. GW Pharmaceuticals, which developed the first FDA-approved CBD drug called Epidiolex, is actively working on a CBDV-based drug to tackle epileptic seizures.

Right now universities are studying the cannabinoid and will release their findings soon, according to Hantash.

It’s all a part of modern science finally shining a light on the medical usefulness of hemp after years of prohibition regulated it to obscurity — and Hantash is leading the way. 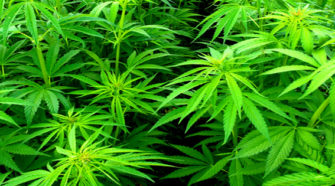