After working for others in the marijuana and hemp industries in several states to learn the trade, Gian Ranucci and his fiancée, Bryanna Joseph, purchased a former 10-acre apple orchard in Dudley in February, eager to jump into the state’s new potentially lucrative hemp industry.

Mr. Ranucci, 25, and Ms. Joseph, 26, paid $285,000, which was $10,000 over the asking price, for the property on Center Road that they have named Dream Catcher Farm. The Massachusetts Department of Agricultural Resources granted Mr. Ranucci a dual license to grow and process hemp.

Together, the young couple cleared six acres and planted 1,300 hemp plants on a little more than an acre. They plan to expand the crop next year. Their goal is to create a full-range farm where family members can work together.

“We are very eager to make this happen. We had a lot of vision and hope and we went for it. We don’t want to work for the man our whole life,” Mr. Ranucci explained last week before the couple packed up their CBD edibles and other products to sell at a farmers market in Rhode Island where he grew up. He and Ms. Joseph, a Plymouth native, met six years ago while working together at a restaurant in Miami.

“Everything is going smoothly except for this policy that has left us in limbo,” he noted.

The state policy, which follows the guideline of the U.S. Food and Drug Administration but is in contrast to what most states are doing, has left hemp farmers reeling. The consensus is that the restrictions put Massachusetts hemp farmers on an uneven playing field. CBD-infused edibles and other consumables produced in other states are being imported and sold in gas stations, pharmacies, groceries and other retail establishments in Massachusetts.

Two days after the policy was issued, a group of hemp industry advocates formed Massachusetts Hemp Coalition, in part to address the restrictions. The coalition held a press conference June 24 on the steps of the Statehouse to discuss the policy and make recommendations to state officials.

State Rep. Mark J. Cusack, D-Braintree, subsequently filed House Bill 4001 seeking to reverse part of the controversial policy, as well as amend Chapter 61A, which taxes property used for agricultural or horticultural purposes at a lower rate, to include hemp as a qualifying crop. The 2018 U.S. Farm Bill, which made it legal to grow hemp for the first time since 1937, changed the classification of hemp from a Schedule I Controlled Substance to an agricultural commodity.

Until Chapter 61A is amended, growing hemp constitutes a change of use for the property, which some say could theoretically allow the property to be taxed at a higher rate or allow the municipality to exercise its right-of-first-refusal to purchase the property.

Peter M. Caron, chair of the Massachusetts Association of Assessing Officers’ legislative committee, said the issue is on the radar screen of both the MAAO and the state Division of Local Services, which oversees local assessors.

“Until such time that the Legislature adds hemp to the list of qualifying crops for 61A exemption, we cannot consider acreage devoted to hemp as qualified acreage,” Mr. Caron said in an email Friday. “I am not aware of any general objection that assessors or DLS for that matter have to hemp’s inclusion in the list of qualified crops. But, the ball is in the Legislature’s court to change the statute.”

The change would also allow owners of more than 73,000 acres of farmland in the Agricultural Preservation Restriction program to grow hemp. The program, started in 1979, preserves agricultural land in perpetuity. In addition to the owner having to pay significantly lower property taxes, the state pays the owner the difference between the “fair market value” and the “agricultural” value of the farmland. Use of the property has to fit within the 61A statute.

Rep. Cusack’s bill, which is co-sponsored by more than 30 legislators, was referred to the Joint Committee on Cannabis Policy at the end of July. A hearing has not been scheduled.

Some committee members, including Rep. David Henry Argosky LeBoeuf, D-Worcester, have expressed strong support. Mr. LeBoeuf said the proposed legislation would be good for business, growers and the state’s economy.

“To me, this is a no-brainer. It makes sense,” Mr. LeBoeuf said last week. “Farmers in our state are at a disadvantage because of this regulation.”

As of Thursday, the Agricultural Resources department had issued 111 licenses (16 in Worcester County) for growing and processing hemp. Nore than two dozen other applications were pending.

State Sen. Anne M. Gobi, D-Spencer, chairperson of the Joint Committee on Environment, Natural Resources and Agriculture, and about 30 other legislators also sent a letter to Gov. Charlie Baker. The legislators said they are “very concerned and stunned by the policy statement” that the Agricultural Resources department issued without any notification to the hemp license holders or to the Legislature. Giving the state’s struggling farmers an opportunity to diversify with hemp provides much needed sustainability, the legislators said.

“The current policy is jeopardizing established businesses, hemp investments and current license holders. The policy should be amended with greater clarity from MDAR for existing and potential future license holders and allow the immediate sales of hemp-derived CBD edibles, flower and other infused products for humans and animals in Massachusetts, with retailers ensuring products have a chain of custody that documents all product testing,” the legislators wrote to the governor.

Ms. Gobi, in a phone call on Friday, said she has not received a reply from the governor’s office.

“When you see a policy come out of an administrative office (including MDAR), I don’t think much gets done without the governor signing off on it. I hope he weighs in and understands it’s a problem how this policy was rolled out and that it needs to be changed,” the senator said.

The governor’s spokesman, Brendan C. Moss, in an email Friday, said the Baker-Polito administration supports Massachusetts farmers, including those who entered the hemp industry.

“The administration was pleased to recently put forth regulations that allow for growing, processing and sale of hemp and CBD products consistent with new federal law,” Mr. Moss stated, but did not say if the governor has a position on House Bill 4001. “Gov. Baker will carefully review any legislation that reaches his desk.”

Michael Davidian of Northboro, whose father, Ed Davidian, has a license to grow hemp, said it’s unfortunate that the Agricultural Resources department issued the licenses and then after the fact made the decision to restrict the processing.

“It’s also unfortunate that the state identify CBD as not a food item, but yet they’re allowing THC, which is not federally legal, to be consumed,” he said. “I feel like hemp could help a lot of farmers. There are a lot of wonderful things hemp can bring to agriculture, not only for the CBD oil. Unfortunately, it is being restricted unfairly after the fact.”

Hemp has been grown all over the world for centuries and is known to have more than 25,000 possible applications. The primary market in the U.S. is CBD, marketed as having therapeutic properties, though there is little scientific research about its effectiveness, safety and appropriate dosing. The FDA, last year, approved the first CBD product, a medicine for certain types of epilepsy, after well-controlled clinical studies. The U.S. CBD market is expected to grow to $22 billion over the next three years.

Mr. Davidian said he and his father were expecting “hiccups” in the state’s new hemp program, so they only planted about 1,500 plants on half an acre of the 150-acre century-old family farm. However, he knows farmers who have invested tremendous amounts of money in the hemp industry.

Mr. Ranucci, who invested more than $300,000 to turn the former apple orchard in Dudley into a hemp farm, said if House Bill 4001 isn’t approved before harvest season in late October and early November, it will have a big impact on his profit. His plants are beginning to flower. Before the the Agricultural Resources policy threw the industry into limbo, he processed CBD oil he purchased in the state and organic coconut oil into edibles and other products that he sold online at www.dreamcatcherhempfarm.com. He and his fiancée now sell their products at farmers markets in Rhode Island.

Julia Agron, outreach coordinator for the Northeast Sustainable Hemp Association, said farmers, processors, manufacturers and retailers invested in the hemp industry in good faith. After plans were laid out and farmers had their plants in the ground, the the Agricultural Resources department announced the policy that “threw everybody into a panic” and left those investments up in the air.

“We need this policy shifted to support hemp farming and open up the industry and give farmers a chance. If not, we’re not going to see this industry grow on the farming side,” she said.

Next A valley of pioneers: State legislators tour hemp farms - The Recorder 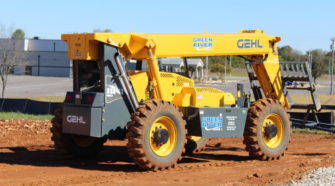