Equity investors breathed a sigh of relief Thursday as North American markets regained ground after an especially brutal start of the week. The Dow industrials added 402 points, the S&P 500 recovered 50 points, the Nasdaq regained nearly 3%, while the TSX eked out a 15-point gain.

Thursday’s recovery was especially good news for equity investors who saw a sharp sell-off both Tuesday and Wednesday as worries about global economic growth and downbeat earnings outlooks from bellwether U.S. companies negatively impacted markets from New York to China. On Tuesday the Dow fell almost 550 points before making up most of the ground in the final hours of trading, while the TSX touched its lowest point in six months. Wednesday was even worse, as the Dow fell 2.4%, the S&P declined over 3%, the Nasdaq entered correction territory, shedding over 4%, and the TSX tumbled 376 points. It’s also been an especially tough week for Canadian cannabis stocks, which have dragged down the health care sector since cannabis became legal in Canada last week.

In a widely anticipated move, the Bank of Canada (BoC) on Wednesday raised its interest rate 25 basis points to 1.75%. It was the fifth time that BoC governor Stephen Poloz lifted rates since mid-2017. The BoC also said its key interest rate will need to rise to a “neutral stance,” which many have interpreted as near 3%, to keep inflation close to target. Turning to Europe, the European Central Bank (ECB) confirmed its plans to wind down its program of quantitative easing by yearend, despite acknowledging Thursday that the eurozone’s economic growth momentum has fallen off. ECB President Mario Draghi said it was still unclear whether the slowdown is due to isolated factors-such as declining German auto production due to emissions standards-or more long-lasting issues.Volatility Returns to North American Markets

Equities are fairly valued, but offer growth. We believe equities are fairly valued in the context of our long-term interest rate and inflation expectations. We emphasize ownership of high quality, well-capitalized companies that have a strong likelihood of sustaining and growing their earnings. As such, we have a bias toward companies with high barriers to entry, low leverage, and high cash flows. We also have a preference for companies operating in developed versus emerging market economies that are not heavily indebted.

This publication has been prepared by ScotiaMcLeod, a division of Scotia Capital Inc. (SCI). This publication is intended as a general source of information and should not be considered as personal investment or tax advice. We are not tax advisors and we recommend that individuals consult with their professional tax advisor before taking any action based upon the information found in this publication. Opinions, estimates, and projections contained herein are our own as of the date hereof and are subject to change without notice. The information and opinions contained herein have been compiled or arrived at from sources believed reliable but no representation or warranty, express or implied, is made as to their accuracy or completeness. Neither SCI nor its affiliates accepts liability whatsoever for any loss arising from any use of this publication or its contents. This publication is not, and is not to be construed as, an offer to sell or solicitation of an offer to buy any securities and/or commodity futures contracts. SCI, its affiliates and/or their respective officers, directors, or employees may from time to time acquire, hold, or sell securities and/or commodities and/or commodity futures contracts mentioned herein as principal or agent. SCI and/or its affiliates may have acted as financial advisor and/or underwriter for certain of the corporations mentioned herein and may have received and may receive remuneration for same. All insurance products are sold through Scotia Wealth Insurance Services Inc., the insurance subsidiary of Scotia Capital Inc., a member of the Scotiabank Group. When discussing life insurance products, ScotiaMcLeod advisors are acting as Insurance Advisors (Financial Security Advisors in Quebec) representing Scotia Wealth Insurance Services Inc. This publication and all the information, opinions, and conclusions contained in it are protected by copyright. This report may not be reproduced in whole or in part, or referred to in any manner whatsoever, nor may the information, opinions, and conclusions contained in it be referred to without in each case the prior express consent of SCI. 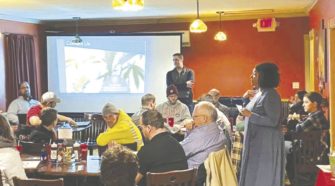