In the past year, legal cannabis in North America has made significant developments. Perhaps the most important of these was the October 17 shift in Canada that saw recreational cannabis sales and use legalized for adults across the country. Even before that, though, more and more states in the U.S. have voted to legalize marijuana in one form or another, and cannabis stocks are taking off on multiple exchanges (even in spite of recent troubles). The legal marijuana industry shows great promise, with the first cannabis-based drug receiving approval by the U.S. Food and Drug Administration (FDA) and with massive amounts of investor money flowing into legal marijuana operations.

With the legalization proceedings in both Canada and the U.S., it was perhaps only a matter of time before another important first would happen: companies have begun to legally ship marijuana from Canada to the United States. Below, we’ll explore two companies that are doing this and how they may reshape the international cannabis market.

In the cannabis industry, Tilray (TLRY) is one of the major players. Back in September, the medical cannabis products company announced it had received approval from the U.S. federal government to import a cannabinoid product for a clinical trial in California. The product is designed to address a particular type of seizure disorder. The Canadian company is reliant upon exports to foreign markets because of its focus on the medical marijuana area, according to a report by Motley Fool, and exporting to the U.S. is crucial because the U.S. government has only one federally-approved facility to grow marijuana, meaning that the flow of supplies for medical developers is excruciatingly slow.

Tilray is the first company that received approval from the U.S. Drug Enforcement Administration (DEA) to ship cannabis products into the United States. It is a highly specialized case, but it represents a potential path forward for similar medical marijuana research outfits nonetheless.

Another major player in Canada’s marijuana industry, Canopy Growth Corp (CGC) revealed roughly a week ahead of the country’s legalization day that the DEA approved its shipment of legal medical cannabis to a research partner in the U.S. Canopy President Mark Zekulin reportedly suggested that “the United States presents a unique market opportunity and as the most established cannabis business in the world we, in turn, offer a unique ability to advantage standardization, IP development, and clinical research that can improve the understanding and legal application of cannabis and cannabinoids.”

In both of the above cases, Canadian companies have received highly specialized approval in particular situations to ship cannabis products into the U.S. It’s important to recognize that these are limited scenarios and that the situation is far from an open door for Canadian cannabis to flow southward. Still, given the fact that the U.S. federal government has remained staunchly opposed to legalizing marijuana in any form, it represents a significant shift in policy.

The biggest question going forward is whether these cases will be one-time exceptions to the general rule or if they signal a sea change to come. 30 states have legalized marijuana for medical purposes of some kind or another, and it seems likely that additional states will join them. Should this trend continue, it seems likely that lawmakers on the federal level will at least reconsider the possibility of legalizing marijuana nationwide, even if only in particular situations. Nonetheless, regardless of what happens with U.S. regulations, expect that Tilray and Canopy Growth will take firm advantage of this unique opportunity to gain access to the U.S. market. Should the federal government eventually open the doors to cannabis imports on a broader scale, these two companies may be in the best position to capitalize.

Previous Report: $5.5 billion up for grabs if Australia legalizes cannabis

Next Back pain, anxiety and arthritis top symptoms attracting cannabis use among the 50-plus crowd

Johnston County farmer says thieves stole more than $1,200 worth of hemp from his field – WTVD-TV 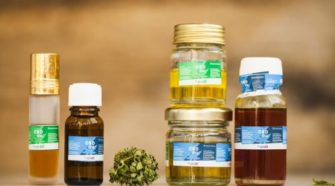