Marijuana plant leaves are seen in this file photo.

Marijuana plant leaves are seen in this file photo.

A letter sent this past week by Gov. Greg Abbott together with Lt. Gov. Dan Patrick, House Speaker Dennis Bonnen and Texas Attorney General Ken Paxton pushes back against many prosecutors in the state’s 10 most populous counties, including both Democrats and Republicans, after they recently announced they would no longer accept misdemeanor marijuana cases due to the law’s problems.

The prosecutors’ reasoning: The Legislature and Abbott redefined marijuana when they legalized hemp earlier this year — and a lack of testing resources to distinguish between the two casts too much reasonable doubt over criminal proceedings.

But that’s not the case in El Paso, where the district attorney said his office will continue to pursue pot cases. He said there is usually enough circumstantial evidence with marijuana arrests — like if police find a joint or anything capable of being smoked — to convict someone of possession charges without lab testing.

“For unique drugs, we truly rely on the lab report,” Jaime Esparza told The Texas Tribune, noting that it can be hard to tell if a white powder is cocaine. “But when we talk about marijuana … we weren’t even using lab reports [before].”

The difference in the Democratic prosecutor’s stance compared with that of most other urban district attorneys highlights the recent and ongoing legal quagmire surrounding marijuana prosecution in Texas — a situation that has, at least temporarily, created a patchwork of consequences for people caught with marijuana. The state’s prosecutor association has advised attorneys they may have to put pot cases on hold. Even Republican district attorneys in large counties are dropping hundreds of cases and not pursuing new low-level marijuana charges because current crime lab equipment can’t distinguish between hemp and marijuana.

In Texas’ 10 most populous counties — home to about 60% of the state’s residents — Esparza is the only district attorney who has stated definitively that the new hemp law won’t affect marijuana prosecution in his office. Esparza recently announced that he will not run for reelection in 2020; the two candidates who have announced bids for his office did not respond to requests for comment on the policy.

When Abbott signed House Bill 1325 last month, it immediately took effect because more than two-thirds of members of both the Senate and House had approved it. Only three House members opposed the final version of the bill. All 31 senators supported it. The law legalized hemp and hemp-like products, like CBD oil, and it also changed the state’s definition of marijuana. Before, the drug was defined as the cannabis plant and products derived from it, and crime labs would simply check for the presence of cannabinoids to label something as marijuana. Now, the definition only pertains to cannabis that contains more than 0.3% of THC, the psychoactive ingredient in marijuana that produces a high. Anything less is hemp.

Most crime labs in Texas, including the 13 run by the Texas Department of Public Safety, can’t measure the quantity of THC, making law enforcement unable to distinguish between hemp and marijuana, especially when it comes to things like gummies and oils.

But in El Paso and some smaller jurisdictions across the state, officials don’t expect the change in law to deter criminal prosecution. An internal memo from Esparza’s office obtained by the Tribune said police officers should arrest people and present cases for criminal charges for prosecution just as before.

In the memo, Assistant District Attorney Tom Darnold cited state statute and old case law to claim the burden will be on the criminal defendant to prove a substance is hemp instead of marijuana, not on the state to prove the THC content is greater than 0.3%.

The new law “allows the defense to raise a defensive issue of, ‘Hey, what you have is hemp, not marijuana,’” he told the Tribune. “If there’s no lab test either way … then really it’s just a circumstantial evidence case, and we can still reasonably satisfy our proof beyond a reasonable doubt.”

Some counties surrounding Harris, like Galveston and Montgomery, have also said they would continue to pursue marijuana cases, but they have acknowledged that a lack of testing resources may slow them down. Earlier this month, Montgomery County District Attorney Brett Ligon took a shot at the prosecutors who have changed their policies in light of the hemp law. In a statement, he acknowledged there will be a period of time — the length of which experts have said will likely be months to a year — during which there is a shortage of laboratories capable of testing THC concentration.

“But the anticipated delays in disposing of those few cases in which individuals persist in pleading not guilty do not justify prosecutors’ abdication of their responsibility to enforce the criminal laws of Texas,” he wrote. “This office will not use the anticipated problems in implementing the new legislation as a pretext to achieve the policy goal of ending prosecution of marihuana cases.”

Ligon and Montgomery County commissioners have since approved funds to send substances that need testing to private labs that have proper equipment, according to The Courier.

But it’s not just liberal prosecutors who have backed away from prosecution since the law went into effect June 10 — top conservative attorneys have also dismissed cases or stopped active prosecution in low-level cases without testing, including those in Tarrant, Collin, Denton and McLennan counties.

“We will not be filing any misdemeanor cases,” said Jamie Beck, first assistant district attorney in Denton County. “If anybody brings us even a misdemeanor case that has been tested, then of course we would accept that case, but if we don’t have that kind of lab then we’re not going to be accepting them.”

Aside from the argument that defense attorneys could raise a reasonable doubt that a substance is hemp rather than marijuana without testing, some counties, like Harris, have policies that require testing before offering plea deals — making El Paso’s tactic of moving forward without testing largely untenable.

In 2016, Harris County, then under Republican District Attorney Devon Anderson, stopped accepting plea deals for drug possession cases until crime lab tests were completed. The policy was enacted after an Austin American-Statesman investigation revealed that hundreds of people who had pleaded guilty in drug possession cases were later exonerated after lab tests proved that what police thought were drugs were not.

Discussing a hypothetical criminal proceeding under the new law, Fortenberry laid out the uncertainties that could come up in criminal trials without the needed testing. He said a lab analyst, the state’s drug expert, will now only be able to say if something is cannabis, not if it’s an illegal drug.

“So then the argument becomes: Really, you expect this jury to convict this person of possessing marijuana when the expert for the state can’t even tell you if it’s marijuana?” Fortenberry said.

Those who have stopped actively prosecuting marijuana cases say they need proper equipment in public crime labs and time to get them accredited, though funds to provide those were not provided in the hemp law.

Travis County District Attorney Margaret Moore said Texas has “added an additional element that the state’s going to have to prove to establish possession or delivery of marijuana and we’re in the midst of a process to figure out how in the heck we’re going to be able to do that.”

Moore said the best way to prove a substance has a higher concentration is through lab reports to determine the concentration of THC. Her office in Austin has dismissed a total of 46 felony cases involving possession or delivery of marijuana due to the new law.

But the letter sent out by Republican state leaders argued lab tests are not required in every case and are more affordable than initial reports indicated. They also told the prosecutors they have “more tools now, not less, because you can prosecute a misdemeanor for failure to have a proper hemp certificate.”

The letter maintains “failing to enforce marijuana laws cannot be blamed on legislation that did not decriminalize marijuana in Texas.”

Abbott and other Republican leaders in Texas have refused to consider relaxing virtually any of the state’s pot laws, even as marijuana becomes increasingly legal nationwide.

Republican leaders rejected a bill in April by state Rep. Joe Moody, D-El Paso, that would have lessened the criminal penalties for Texans found to possess small amounts of marijuana. Patrick declared Moody’s bill ‘dead,’ calling it a “step toward legalization” that he would not allow.

Next Cream of the crops - Mail Tribune 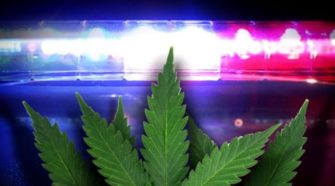