MONONGALIA COUNTY, W.Va. (WDTV)– A man was arrested after he allegedly tried to steal hemp plants from a license grower Wednesday morning.

According to the criminal complaint, deputies responded to a field next to the intersection of Greenbag Road and Kingwood Pike for a report of two people in the process of stealing hemp plants.

The property owner came out of hiding when deputies arrived. He told deputies that the suspects were lying in the field trying to hide.

Deputies caught the suspects and identified one of them as Thomas Ross.

The owner told deputies that the plants were valued at least $500 each, and each plant they tried to steal was now likely destroyed.

Ross has been charged with attempted grand larceny and felony destruction of property. He is currently being held at North Central Regional Jail with bail set at $25,000.

How Colorado’s keeping up with the hemp industry – 9News.com KUSA 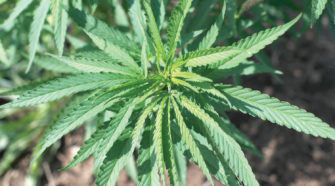