Sorry wine moms, but there’s new game in town. That would be “weed moms,” who have emerged as a strong driving force in the normalization of cannabis nationwide. As a new poll finds, moms are more likely than dads to educate their children about using hemp or CBD.

Oasis Intelligence surveyed 20,000 adults who consume marijuana or hemp CBD to better understand how attitudes around the plant have changed within family households. According to the results, more than half of marijuana-consuming moms (54%) approved using cannabis products for pain relief and other medical ailments under medical supervision.

Marijuana-consuming dads were less likely (46%) to consider cannabis-derived medicine for their kids. Both moms and dads who consumed hemp-CBD were more willing to use similar medications on their children. Two-thirds of moms (66%) supported hemp-CBD as pain relief for children under the age of 17. More than half of dads approved similar measures.

Oasis was struck by the higher rates of moms embracing cannabis medications over dads.

“This is likely due to the continued role of moms as the primary medical and wellness caretaker in families, and indicates an increased willingness to try more natural healing modalities than dads,” Oasis wrote in an analysis of the poll.

RELATED: Moms Are Using Marijuana More Than Ever During Pandemic

A different Oasis Intelligence poll previously found that moms with kids at home were the most likely adult demographic to use marijuana more amid the coronavirus pandemic. The demographic least likely to turn to marijuana? Men without kids. 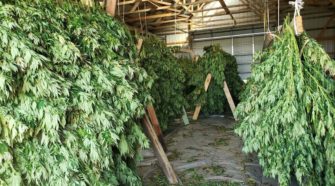