With help from Helena Bottemiller Evich and Eric Wolff

— Farmers across the country are rushing to harvest hemp. But some may end up accidentally growing marijuana, as the THC levels in hemp can fluctuate above the legal limit. USDA has been pressured by states to settle confusion and establish a national THC testing level.

— Agriculture Secretary Sonny Perdue is under fire for declaring — at a dairy expo in Wisconsin — that small dairy farmers may not survive as the industry grapples with dismal economic conditions.

— Trump officials are expected to roll out their Renewable Fuel Standard package today. Here’s what we know about the new biofuel boosts.

HAPPY FRIDAY, OCT. 4! Welcome to Morning Ag, where your host is thrilled fall has finally arrived in D.C. Send tips to lcrampton@politico.com and @liz_crampton, and follow us @Morning_Ag.

MAJOR HURDLE FOR HEMP FARMERS — TESTING THC: The hype over hemp sparked a gold rush-level enthusiasm to plant the new crop across the country ever since it was legalized by the 2018 farm bill. In a declining farm economy, hemp offers a new source of income for farmers who are under siege because of the trade war with China, dropping commodity prices and a series of natural disasters. The potential economic boom is luring scores of agricultural novices.

Mass confusion: But the legalization of hemp has been far from a smooth ride. Countless headaches have popped up as farmers figure out how to grow, harvest, process and sell hemp. One major complication is that growers need to keep a close eye on their crops to make sure that the THC level in their cannabis doesn’t creep above 0.3 percent. That’s the legal threshold that technically classifies the crop as marijuana, a cannabis cousin of hemp.

Measuring the THC level in growing plants is a delicate, high-stakes task. USDA is under pressure to overwrite a patchwork of state regulations on measuring THC by setting a national testing standard. The department has yet to produce federal guidelines that will shape how the new commodity is grown and sold, though USDA has said it plans to do so ahead of the 2020 growing season. A proposed rule is still pending at the Office of Management and Budget.

Fluctuating levels: THC amount depends on a range of environmental factors, such as elevation, rain, temperature and even at what time in the season the plant is tested.

Growers with hemp programs have learned through trial and error which types of cannabis are riskier to grow, such as ones that contain “cherry” in the name, like “Cherry Wine” and “Maui’s Cherry.” But there’s a Catch-22: Varieties that are high in THC also produce more CBD, the treasured, high-value compound farmers covet.

Read more about the problems posed by varying THC in hemp, from yours truly.

P.S. For the latest on hemp and other forms of cannabis, follow the work from our newest team, Pro Cannabis.

PERDUE IN HOT SEAT FOR DAIRY FATALISM: Agriculture Secretary Sonny Perdue’s recent comments about the fate of small dairy farms has sparked a backlash spanning several days. On Tuesday, while speaking at a dairy expo in Wisconsin, Perdue said there’s no guarantee small farms can survive. “In America, the big get bigger and the small go out,” he said, according to the Associated Press. “I don’t think in America, we for any small business, we have a guaranteed income or guaranteed profitability.”

Perdue’s comments, which got widespread pickup from national and local news outlets, did not go over well with everyone in Wisconsin. The state lost 700 dairy farms in 2018 alone. “What I heard today from the secretary of agriculture was there’s no place for me,” said one farmer, who spoke at a news conference organized by the state Democratic Party, the Milwaukee Journal Sentinel reported.

Criticism was rampant on Ag Twitter, with even former Vice President and 2020 candidate Joe Biden stepping in. “President Trump broke his promise to America’s farmers,” he tweeted. “He campaigned on having their backs, but now his administration is abandoning them and claiming family farms might not survive.” (Some farmers, however, pointed out that the Obama administration was not exactly a steadfast champion of farmers).

USDA’s response: A department spokesperson, asked for further comment, pointed to a tweet sent Wednesday from Perdue’s account of a local TV news clip featuring additional remarks from the secretary. “There is no doubt there has been economic stress in the dairy industry but we believe better days are ahead,” the tweet said.

Perdue launches “Sonnyside” podcast: Amid a barrage of criticism, Perdue is embarking on his own PR effort with a new podcast launching today called “Sonnyside of the farm.” His first guest is Sarah Huckabee Sanders, the former White House press secretary who is now a Fox News contributor and believed to be considering a run for governor in Arkansas.

Love fest: Perdue tweeted Thursday that the interview with Huckabee Sanders is “about her time as Press Sec and how much @realDonaldTrump loves America’s farmers and ranchers.” The promo for the podcast is here.

RFS DAY! MAYBE! Word is that this morning the Trump administration will, at last, unveil its package of boosts to biofuel. A quartet of Hill, oil industry, and ethanol industry sources say to expect an announcement possibly as soon as 9 a.m., our Morning Energy colleagues report.

Or, maybe not. The supplemental rule the administration has to release is being written by multiple agencies, and getting all the pieces in place might take more time. EPA handles most aspects of the Renewable Fuel Standard, which will be the vehicle for helping out the biofuel sector, but one source said USDA may be involved in some parts of the deal, and DOE has a statutory role in small refiner waivers, so ME can imagine it may be in the picture, too. At any rate, if there’s no announcement today, two oil industry sources said Wednesday becomes likely.

WHAT’S THE DEAL: Under the package, EPA will force refiners who must blend biofuels to pick up the slack for small refiners who receive economic exemptions, the sources say. The amount of gallons reallocated will be based on a three-year rolling average of the number of gallons exempted, starting with 2017.

In addition, gas stations would be allowed to sell 15 percent ethanol from tanks currently certified for 10 percent ethanol, eliminating the need to install expensive new storage tanks in order to sell the higher ethanol fuel. That last move has generally been a footnote in RFS discussions, but it could be a big deal in enabling the additional sales of E15. EPA this summer proposed a rule to allow year-round sale of E15.

— The White House is pushing for a vote on USMCA by the end of this month. Trade adviser Peter Navarro warned on Fox Business Thursday that if it doesn’t happen in October, it may not happen at all.

— A group working to legalize cannabis use in Florida, the Make It Legal Florida Committee, has raised another $1 million in contributions, our Pro Florida’s Arek Sarkissian reports.

— Go inside the room at the #FairCattleMarkets rally held Wednesday to grow support for fighting consolidation in agriculture. The New Food Economy has the story. 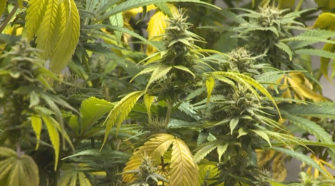