Maine is proposing new hemp farming rules that would change the way it calculates how much THC is allowed in state-licensed plants, effectively reducing the already small amount of psychoactive element allowed in this cash crop to prepare farmers for demanding new federal limitations.

Using the proposed potency formula, 27 percent of the farmers growing hemp in Maine in 2019 would have exceeded the allowable THC limits – which the industry calls “testing hot” – and been required to destroy their crops, according to state horticulturalist Gary Fish, who runs Maine’s hemp program.

That would have sunk Joe Saltalamachia’s state-licensed hemp operation, Top Flower Farms. In 2019, the Unity farm grew 17 acres of cannabis that satisfied the state’s definition of hemp under the existing THC formula, but would have tested hot under the proposed method of calculating THC.

“All the hemp I was selling becomes illegal, and potentially, under these rules, I could go to prison,” he told state and federal regulators Monday at a gathering of hemp farmers Monday in Whitefield. “But a guy down the road sells marijuana dabs or flower and he’s fine.”

Saltalamachia said he and his business partner had planned to spend a half-million dollars buying new hemp farming equipment, but the new federal rules with its stricter THC calculations caused them to hit pause, causing them to lose their spot on a waiting list for this in-demand machinery.

The proposed change in the THC formula could mean the difference between Top Flower being able to sell its hemp harvest for $60,000 to $80,000 an acre for eventual use in the fast growing CBD wellness market and selling it for biomass, which fetches just $5,000 an acre, Saltalamachia said.

The proposed state rule would for the first time include an inactive THC acid when deciding if a crop is hemp, which has less than 0.3 percent THC and is newly legal in all 50 states, or marijuana, which has 0.3 percent THC or more. Marijuana is legal in Maine, but outlawed on a federal level.

While inactive in raw hemp, THC acid converts to active THC when it is heated, like when it is smoked.

In the past, Maine has not factored that inactive acid into its hemp potency calculations, but regulators decided to modify the state testing protocol after the U.S. Department of Agriculture included the THC acid, Fish said. It wants to ease Maine farmers into compliance with the new federal rules.

“It’s all about transition,” Fish said. “We’ve been trying to get them ready. That’s what we’re doing.”

There aren’t many strains of commercially available hemp out there that would comply with the federal guidelines, Fish said. The price of seeds of strains that will satisfy the federal THC limitations will go up even higher than they already are, he said.

While seed prices would go up, farmers growing under the stricter THC guidelines will have a hard time finding a buyer for their product at a good price because plants that are low in THC also tend to be a low producer of CBD, the part of the cannabis plant valued for its therapeutic properties, Fish said.

“The cost of business will go up and the return on investment will go down,” Fish said. “That’s not good.”

But it’s not all bad news. Unlike the proposed federal program, which requires hot crops to be destroyed, Maine has the flexibility to allow farmers to find an alternative market for a crop that has more than 0.3 percent THC under the new formula but is still non-psychoactive, Fish said.

Maine could allow farmers to use that “hot” hemp in ways that would not involve heat or light so THC acids would not be converted to active THC. Hemp farmers told regulators Monday that hemp with a CBD-THC ratio of more than 4-to-1 does not get a user high.

Fish predicts federal regulators will eventually alter the national program to allow that kind of flexibility.

The state will publish the full text of its proposed changes on the Department of Agriculture website on Wednesday. It will hold a Jan. 7 hearing on the proposal, but will accept written comments through Jan. 20. It hopes to adopt final rules before it accepts 2020 hemp growing applications in April.

The final state rules will be in effect for the 2020 hemp growing season. Maine has decided to stick with its own hemp program in 2020, applying whatever new rules it adopts, and then apply this summer for federal approval for its state program for 2021 and beyond, Fish said.

The farmers gathered for the hemp roundtable at Sheepscot General at Uncas Farm, which this fall offered Maine’s first pick-your-own hemp operation and ran afoul of some of the industry’s banking and insurance pitfalls. The event was organized by Rep. Chellie Pingree, D-1st District.

The farmers who attended, including Sheepscot General owners Ben and Taryn Marcus, singled out the federal government’s proposed THC rules for criticism, unaware that Maine was about to propose using that same formula, albeit with more flexibility on what happens to farmers who exceed the limit.

Farmers worry the proposed change could undercut the state’s hemp industry just as it starts to take off. Three years ago, Maine was growing less than a quarter acre of hemp. As demand for CBD products took off, however, the program exploded. The state licensed 2,700 acres of production in 2019.

They urged federal regulators to rethink a strict 15-day harvest deadline included in the national hemp program, claiming it can take months to pick a hemp field, and lamented having to use labs certified by the U.S. Drug Enforcement Administration for testing, asking if a failed test could land them in prison.

They urged Bill Richmond, head of the U.S. Department of Agriculture’s hemp program, to embrace the state’s THC potency methods and either leave the inactive THC acid out of the hemp limit or consider it separately. They also asked him to allow them to find a safe way to still use crops that test hot.

Richmond told the farmers that he had heard similar concerns raised by hemp farmers in other parts of the country, and assured them that their comments would be considered before the department adopted its final rules. He said no well-meaning farmer whose hemp crop tested hot would end up in jail. 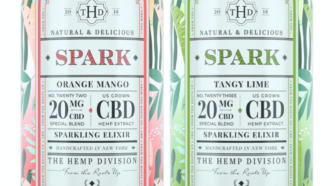