BATON ROUGE, La. (AP) — With industrial hemp promoted as a new cash crop for struggling farmers, Louisiana’s agriculture department is fast-tracking the regulations for the newly legal commodity, with the first grower licenses expected to win approval in February.

Interested farmers are packing orientation sessions to learn about the lengthy paperwork, licensing, testing and reporting requirements the state Department of Agriculture and Forestry is enacting to govern industrial hemp production in Louisiana, under a program overwhelmingly backed by lawmakers earlier this year.

The regulatory requirements are lengthy — and the oversight of growing operations is intense — as state officials seek to encourage production of hemp as a way farmers can diversify their crops, while also ensuring none of the hemp farming operations cross over into marijuana growth.

“Especially in this first year, you’re going to be seeing a lot of us,” Angela Guidry, coordinator of Louisiana’s industrial hemp program in the agriculture department, warned about inspections at a recent orientation session.

Hemp is a member of the cannabis plant family but contains only traces of the THC chemical compound that causes a high for marijuana users. Hemp is used for textiles, fuels, clothing, body lotion, paper, rope and chemical absorbents, among other products.

To remain in compliance with Louisiana’s hemp-growing regulations, the plants’ THC level must not top 0.3%. Anything above that must be destroyed as a controlled substance, Guidry cautioned repeatedly, telling those at the orientation session that no crop can be harvested until the agriculture department tests for THC level.

Justin Jones and his uncle, Joe Cook, intend to plant hemp on the family’s farm in the Benton area, in northwestern Louisiana. They want to keep the land that has grown peas, corn and okra for multiple generations in use — and in the family.

“My father, as he ages, uses less and less of the land. This is an opportunity to take the land and equipment and actually put it to good use,” said Cook, 46, who lives in Atlanta and does leadership skills training. “This reestablishes that connection with the land that was in danger of being broken.”

The men want to start with between two acres and five acres. If things go well and the hemp crop makes money, they anticipate scaling up to larger acreage over time.

“The most important thing for us is it creates a legacy,” said Jones, 31, an actor and singer in Los Angeles. “I think it’s a great way to bring everybody together.”

Congress paved the way for the hemp program in Louisiana and other states. The 2018 Farm Bill legalized industrial hemp by removing it from the list of federally controlled substances, giving states an opportunity to develop a hemp-growing program, if the U.S. Agriculture Department approves a state’s plan.

The Department of Agriculture and Forestry expects to issue the first annual licenses for hemp seed producers, growers and processors on Feb. 20. Applicants must pass a criminal background check. No one convicted of a felony within the last 10 years or a drug-related misdemeanor in the last two years is eligible, Guidry said.

Because hemp hasn’t been legal in Louisiana, the logistics of the startup operation are complicated, with growers bringing in hemp seeds or plantings from other states or countries. Farmers can’t seek to buy and transport those seeds until they are licensed by the agriculture department, and the seeds will need specific lab certifications for approval.

Underlying each point of guidance is a warning: make sure growing operations stay on hemp — and don’t veer into marijuana production. In Louisiana, only two growers contracted by LSU and Southern University are state-sanctioned to grow medical marijuana.

Hemp fields will have to be marked with an official, state-issued sign identifying the crop as industrial hemp with low THC levels. The agriculture department promises to coordinate with law enforcement agencies about the legal hemp operations.

“We don’t want to have any problem with them pulling up on your property and thinking it’s something else,” Guidry told the wannabe hemp farmers. 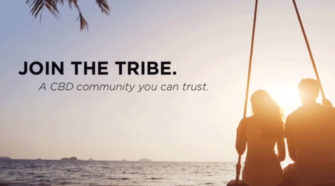