MOREHEAD – A revolution in the hemp cultivation process that will bring efficiency and economy to farmers can trace its roots to Rowan County.

The Hemp Hawk was designed and marketed by A-1 Implements, LLC. It was unveiled Oct. 8, at 4-C Innovations off Cranston Road. The two businesses collaborated on the project.

The tractor-powered Hemp Hawk was loaded to a truck that day headed for the CBD Expo in Denver, Colorado.

The device was initially created for the country’s growing hemp industry, but it also has the potential to assist farmers with other crops, Max Hammond, A-1 Implements CEO, told thereisafuture.org.

Hammond hopes to mass produce 500 Hemp Hawks by the end of the year. That will mean 30 new jobs, he said.

“We’re home to the finest metal workers in the nation. We are going to capitalize on that and for a change, the natural resources of Eastern Kentucky will have value added to them, not elsewhere. We’re not going to be satisfied with taking the crumbs from the table that fall off,” he said. “We’re going to make our people shine. We’re proud of who we are.”

The Hemp Hawk was manufactured at 4-C Innovations. The business offers computerized and manual machining, design, tooling, welding and fabrication.

A range of materials are manufactured there including aluminum, steel, stainless steel, brass and various types of plastic and composite materials.

Among the company’s products are the Drumeo P4 Practice Pad, endorsed by drummer Pat Petrillo, and the Pontoon Loader and Automatic Latch system. The business manufactures 20 products for the automotive and construction design industries, among others.

“The Hemp Hawk creates an opportunity for not only my company, but the area,” said Kyle Caudill, owner of 4-C Innovations. “When they first brought this to me I didn’t know much about it, but with some long hours and some decision making, and to bring this into a manufacturing process, I just want to thank Max and Cody for letting me have that opportunity, and also my family and my workers, who have become my family.”

4-C Innovations has 10 employees, most of whom are graduates, like Caudill, of Maysville Community and Technical College’s machining program.

“Look through Rowan County if you want to see the diversification of the economy of Eastern Kentucky. We’ve got a lot of folks in this crowd who have played a role in that – to the local community to the state community to the federal level,” said Rep. Rocky Adkins.

“Economic development is not an overnight deal, it’s a 30-year investment,” he said.

“This just isn’t about the Hemp Hawk, this is a new economy,” Hammond said. “It’s a result of years of leadership by people like Rocky Adkins, by Sen. Mitch McConnell getting the hemp bill through. So it has created the perfect storm. It’s an opportunity to use the resources of Eastern Kentucky and use them for our good, to add value to them here instead of elsewhere.

“But it’s our leadership that has gotten us to this day and there’s more and a bright future ahead,” Hammond said.

Stephanie Ockerman can be reached at sockerman@themoreheadnews.com or by telephone at 784-4116. 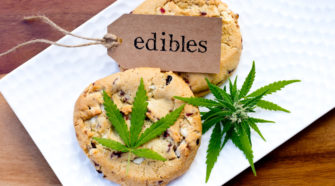