PLATTSMOUTH, Neb. (KMTV) — The hemp plant was known to be used thousands of years ago, but the hemp industry in Nebraska is still very new. Due to that, those growing the plant are still on the path of figuring things out, and are hopeful they will be able to help future growers.

“Back in August the plants were about 10-12 inches tall, and now you can see the differences,” said Ismail Dweikat, Professor of Hemp Genetics of the University of Nebraska, Lincoln. The plants are now several feet tall, to which Dweikat credits the staff at Nebraska Hop Producers for taking great care of the plants.

The process didn’t come without growing pains, insects remain a constant threat. That’s why your shoes need to be covered inside the greenhouse, so you don’t track any in. Those taking part in the pilot program also say while taking care of the plants as you should is critical, education for new growers is just as important.

“If you go with cheap seed or cheap plants there’s probably a reason it’s cheap and you could lose your whole crop,” said Bruce Wiles, with Nebraska Hop Producers.

Wiles is a former corn and soybean farmer, and works with a variety of hemp plants. “We have four different varieties that we started with, we tried to figure out what variety grows well here and what does not grow as well,” said Wiles.

He also says once those varieties are narrowed down it will help future growers. Other help has come in the form of banks after federal agencies relaxed some hemp banking requirements including that hemp businesses should not be treated with any more suspicion than other bank customers. 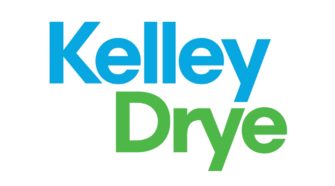