Senate Majority Leader Mitch McConnell and Senator Ron Wyden of Oregon are working to get hemp removed from a federal list of illegal controlled substances.
Buzz60

Tallahassee’s elected leaders could be looking at decriminalizing marijuana to help solve what police officials around the state are calling a patchwork of approaches to enforcing the law.

But any efforts at “decriminalizing” marijuana at the city or county government level would be largely ceremonial for two reasons.

And the same office is still responsible for upholding both state and federal law, which criminalizes marijuana possession.

For County Commissioner Kristin Dozier, the rapidly changing landscape of the medical marijuana industry in Florida creates a mismatched standard where people with money are afforded access to what is otherwise considered an illegal drug.

“We have set up a double standard,” she said, “For those who can afford access to medicinal marijuana and don’t mind their name being on a state registry versus those who may not be able to afford it or may not feel comfortable and those people who are in danger of arrest if they possess a product that would be legal for others.”

More on hemp and marijuana in Tallahassee

Mix in federal regulations that still consider pot a Schedule 1 addictive drug, and the costs of law enforcement, jail and prosecution continue to mount and lives continue to be altered.

Dozier, who supports full decriminalization of small amounts of marijuana, conceded that no local government has the authority to trump state or federal law. But Campbell’s decision offers officials a bellwether moment to address the issue.

“What I think we see in the statement by the State Attorney’s Office is an example of how our law enforcement community is facing a challenge because of this mismatch of laws that is unworkable for them,” she said. “We have to ask, if their solution is to stop prosecuting then is this a true danger for our community? Or, are our law enforcement folks following the law, and they do and they should, or is this a bad law that should be changed?”

Dozier is not alone in that thought.

Freshman City Commissioner Jeremy Matlow has long been an advocate for decriminalizing marijuana in Tallahassee.

With the 2018 Farm Bill that legalized hemp – a cannabis plant that looks and smells like illegal marijuana but doesn’t produce a high – and the Florida Legislature’s change in the law this year to allow cannabis with .3% or less of the euphoric chemical THC, now is the time for everyone to get in sync, Matlow said.

“We have multiple law enforcement agencies, and we don’t want people thinking something is allowed when it isn’t,” he said. “The best way to clear that up is for all of our local governments to go ahead and decriminalize so there will be no question about getting arrested if you’re caught for possession.”

Recreational marijuana is legal in 11 states and Washington, D.C., which Matlow says is a sign that full legalization may be coming to Florida soon.

While those arrested for pot the first time can opt to join a local diversion program, Matlow proposes tickets and small fines, like more than a dozen communities around the state, including Tampa, Orlando and Key West, which have passed decriminalization ordinances.

Matlow also noted the inevitable growth of the marijuana industry needs to be addressed. His next step is to author a letter to city management and his commission colleagues asking to tackle decriminalization this fall.

“As a city, now is really the time to start to figure out what that means in our community,” he said.

Decriminalizing could cause more problems

County Administrator Vince Long said commissioners will get an update this fall on the county’s civil citation program and any possible changes that may be needed with new hemp regulations.

Started in early 2018, nearly 300 people have gone through the program, which allows them to pay a fine, work community service and seek professional evaluation in lieu of criminal charges.

One of the issues the County Commission is exploring is the amount of resources – from law enforcement, the court system and at the county jail – that are associated with minor possession cases. Dozens of communities around the state have enacted ordinances that allow officers the discretion to write tickets for marijuana possession.

But major issues could arise if Leon County or Tallahassee decide to put decriminalization ordinances in place that conflict with state law or infringe on officers’ decision making, Long said.

“I mean look, when that is introduced with teenagers and young people,” SeSantis said, “I think it has a really detrimental effect to their well being and their maturity.”

The dilemma over identifying hemp is an issue statewide and was a debated topic at the Florida Sheriff’s Association annual conference last week.

FSA President Pinellas County Sheriff Bob Gualtieri told the Tallahassee Democrat the jurisdictional differences among law enforcement was certain to be a challenge.

Gualtieri said Pinellas County uses a county-run lab to test its cannabis and has not run into the same issues that Campbell and other law enforcement in North Florida face.

“What you see is that people have containers that say hemp, but they’re not hemp. It’s 25% THC marijuana.”

In his county, suspects accused of possessing marijuana will not get a pass, Gualtieri said, but he agrees the broad differences across the state needed to be resolved.

“It doesn’t mean that across Florida you’re going to get a pass, because you’re not,” he said. “The unfortunate part is it’s going to result in this inconsistency until it sorts itself out through modifications to the law or the testing catches up.”

Amid the legal quagmire over hemp and marijuana, attempts by local governments to subvert state or federal law would do little to change the duty of prosecutors.

In a letter to local law enforcement this week, Campbell said he would not be pursuing some marijuana cases until the state finds a definitive test to differentiate it from now-legal hemp.

He wasn’t the only prosecutor to do so in Florida.

Currently, Campbell’s office utilizes the Florida Department of Law Enforcement’s labs, which do not yet have the technology to test the amount of THC in cannabis, only whether it is present.

He cautioned agencies in making arrests until the issue can be worked out, either through the adoption of reliable testing or reworking of state hemp legislation by lawmakers. The letter drew mixed responses from local law enforcement.

The Tallahassee Police Department said it would continue to pursue marijuana cases.

“TPD wants to remind citizens that while hemp is legal, marijuana is still illegal in the State of Florida,” TPD spokesman Damon Miller said in an emailed statement. “TPD will continue investigating suspected marijuana cases  In the event that probable cause is established, TPD will seize the evidence for potential prosecution.”

The Leon County Sheriff’s Office acknowledged the similarities between hemp and marijuana in guidelines developed in early July.  To help deputies determine probable cause in situations where they suspect marijuana possession, the guidelines suggest noting the criminal record of an individual, the person’s demeanor, signs of marijuana impairment or the presence of drug paraphernalia.

Campbell said the Legislature gave the city of Tallahassee the power to enact municipal ordinances addressing open alcohol containers. But there is no legal path to decriminalization.

“The reverse doesn’t work. Nor, in my opinion, can they make marijuana legal,” he said. “I’m not going to fail to follow the law. I think that’s constitutionally impermissible for me.”

Whether it’s the goings-on in local government, the crime in your neighborhood, what’s happening along the Forgotten Coast or pointing you toward our best swimming holes, I’ve got a keen eye for the news you need to know.

I’ve spent my whole life in the Tallahassee community and am invested in its future. If you’re as passionate about reading about our community’s next chapter, invest in me and my colleagues at the Tallahassee Democrat and sign up for a digital subscription.

Next Best Hemp Oil for Dogs? Try These Brands - Inverse 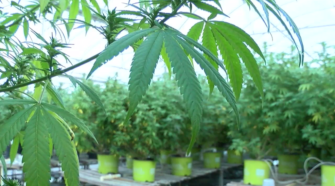