PIERRE, S.D. (KELO) — One year after the governor vetoed his legislation that would have legalized low-THC hemp in South Dakota, a state lawmaker says he is thankful she agreed to the 2020 version.

The new measure took effect immediately Friday afternoon when Governor Kristi Noem delivered to the Legislative Research Council HB 1008 and 14 other bills she had signed into law. Representative Oren Lesmeister said Saturday morning he was willing to wait until after the COVID-19 crisis has peaked in South Dakota for the state Agriculture Department to start the new program.

The highest number of COVID-19 cases could come in late May or early June, the governor said Friday. She told reporters a special legislative session likely would be called in June to deal with “significant” changes she said would be needed in state government’s current budget, which ends June 30, and possibly the new budget that starts July 1.

The governor said she planned to hold off using money from any new legislation until her administration can get a better understanding of COVID-19’s deteriorating effect on South Dakota’s economy. That would include nearly $3.5 million intended for the hemp program.

South Dakota state government depends heavily on the 4.5 percent sales tax for its general fund, followed by video lottery. Neither source is expected to produce revenue at the same slightly increased pace the Legislature’s Joint Committee on Appropriations used to revise the current budget and set the coming budget.

Maggie Seidel, the Republican governor’s policy director, said Saturday it was too early to say what is going to happen. “The first thing we’re working on is getting approval from USDA,” she said, referring to the U.S. Department of Agriculture. Federal approval is required for any state to grow hemp that has a THC level no higher than three-tenths of one percent.

The state Department of Agriculture also would need to set rules, including license fees, before starting the program.

While Lesmeister sponsored the 2019 version, this year House Republican leader Lee Qualm of Platte took the lead. Qualm chaired the Legislature’s interim committee that generated the original version of 1008.

Noem’s administration rewrote it and said the Legislature needed to pay her estimated total cost of nearly $3.5 million for starting and operating the program. The Senate then completely gutted it, reducing the bill to one sentence. The final 27-page version, including funding, was based on work by a conference committee of House and Senate members.

The Legislative Research Council staff meanwhile had estimated startup and first-year operation would cost less than $250,000. Unwilling to rile the governor for the second year in a row, lawmakers agreed to her estimate.

Lesmeister told KELOLAND News on Saturday it has been “a long road” to get to this point.

“I understand the times that we are in, and if the funding has to be pulled at this time temporarily for the better of the people of South Dakota, that’s fine,” the Democratic rancher from the Parade area said.

“The Department of Ag can still submit its plan to the USDA for approval and when the time comes we could still possibly plant some hemp in South Dakota come June or July of this year,” he continued. “At least we will let our processors get set up and ready for a fall run, even if they have to bring hemp in from other states.”

He added, “I want to thank everyone and I do mean everyone that has worked from upfront to behind the scenes on this to get this passed and finally signed into law. I also want to thank the governor for signing the bill into law. This will be a huge step to creating a whole new industry in South Dakota and our nation.” 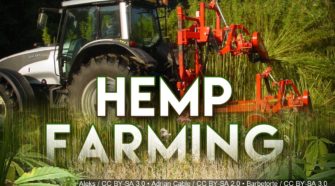