PIERRE — Legislators have reinstated the industrial hemp bill after it was gutted earlier this week.

Six legislators from the House and Senate, meeting in a conference committee to compromise on the bill, amended the bill on Wednesday morning to include the 26 pages that the Senate gutted on Monday, but with the inclusion of the $3.5 million requested by state agencies to implement the hemp program. Gov. Kristi Noem said four guardrails need to be in the bill for her to consider signing it, and the funding was the fourth and final piece that needed to fall into place.

“By doing this, it sets all four guardrails that (Noem) put in place and that’s what we need to have this move forward,” said Rep. Oren Lesmeister, D-Parade.

The bill is “something very good that will work for the people of South Dakota,” said bill sponsor Rep. Lee Qualm, R-Platte. “This could be one of the biggest things we’ve done this session, is allow farmers and processers to be able to work with hemp. I think we can create some amazing industries in South Dakota.”

The bill will now go to the House and Senate to concur on the amended bill, which could occur as early as Wednesday afternoon. It will need a two-thirds majority vote to pass the chambers.

Qualm said afterward that it feels “good” to reach this point. They decided to add the money portion into the bill to make it clear, he said.

It still contains an emergency clause, which means the bill would immediately become law as soon as Noem signs it.

Qualm said whether South Dakota farmers will be able to grow hemp this year will depend on several factors. It could be June before the U.S. Department of Agriculture approves South Dakota’s hemp program and most farmers will have their acreage planted by then. But June isn’t too late to plant hemp, and some farmers may hold some acres to plant until then, he said.

“We don’t really know what that is at this point. It’s just a shot in the dark,” Qualm said.

Legislators have alleged this week that the Senate was holding the hemp bill hostage by gutting it while the House was holding hostage the SB 40 by gutting the allocation of $5 million to the University of South Dakota for building construction. Members of the House and Senate were also scheduled to meet in a conference committee to negotiate over SB 40, but that was repeatedly delayed on Wednesday morning and has been rescheduled for Wednesday afternoon.

Sen. Joshua Klumb, R-Mount Vernon, said both bills and the 2% funding increases for education, state employees and community providers have all been connected in the funding negotiations.

“This is part of the give-and-take that everyone did in that negotiation process,” Klumb said.

The Senate and House have their priorities in the final days of the legislative session, Qualm said.

“We have a give-and-take going forward. That’s how it works,” Qualm said.

The Legislative Research Council proposed a much lower estimate than state agencies were proposing, but Noem said she expected the Legislature to “fully fund” the state’s hemp program. Klumb said he believes the state agencies’ proposal was too high, but he had “to swallow that pill” in negotiations to make the 2% increases happen.

Qualm noted that he was fine with the inclusion of $3.5 million in the bill because any funds that aren’t used by the agencies are reverted back to the general fund. 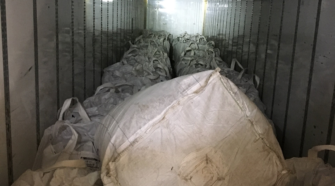