It’s still that straightforward for most people. But legal medical marijuana, as well as legal hemp, could pose challenges to police and investigators nationwide.

“This is something that multiple law enforcement agencies are working to address. But to this point, there has been no such issue,” he said via email.

In Texas, police have dropped some marijuana possession charges and avoided filing others after hemp was legalized in May, according to the New York Times. Officials said Texas crime labs aren’t equipped for the tests that can definitely tell the difference between illegal pot and legal hemp.

Hemp is legal in Pennsylvania, with state officials hoping to spur economic development through industrial hemp production. Medical marijuana is legally sold in the state; the first dispensaries have been open since February 2018.

Marijuana and hemp are varieties of the cannabis plant. The only significant difference is the amount of the psychoactive component THC — hemp has almost none.

Texas used to test suspected marijuana for cannabinoids, which are chemical substances found in both marijuana and hemp.

Testing for THC is more expensive, and there are only a couple of Texas labs equipped to do so, the New York Times reported.

That’s not a problem in Pennsylvania, Tarkowski said. The state police crime lab is equipped to test suspected marijuana for THC.

It’s important for law enforcement issues to keep an eye on the future to prevent legal cannabis from posing a Texas-size problem, said Lindsay Vaughan, executive director of the Pennsylvania District Attorneys Association.

“By proactively working with key stakeholders, we hope to avoid any unintended consequences that the legalization of industrial hemp may have given rise to in other states,” she said via email.

Tarkowski said it’s too early to say whether police procedures will change in response to legal forms of cannabis, but he urged medical marijuana patients to make things as easy as possible for police. 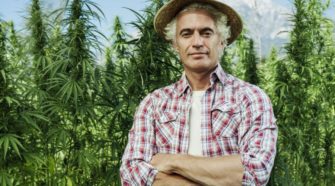