PIERRE – After getting off to a fast start in the Legislature, the bill legalizing industrial hemp is in the Senate, but not yet being pushed for debate.

A meeting coming up on Monday may give it a boost as legislative leaders and the governor’s office try to work out the funding for the new program of inspections, licensing and enforcement.

Gov. Kristi Noem, after vetoing an industrial hemp bill last year, offered four “guardrails” this year that would need to be met in order to garner her support. HB1008 includes three guardrails: enforcement, regulation and a permitting process. The governor’s fourth guardrail is funding, originally put forth by her as $3.5 million.

Estimates from legislators about the cost of getting the program going have been less generous, with one coming in at $700,000.

Senate Majority Leader Kris Langer of Dell Rapids said Thursday at the Republican leadership news conference that she’s keeping the bill away from a vote in the Senate until the funding questions are answered.

“I’m not a fan of bills without money,” Langer said. “I do believe that money needs to be in the bill.”

“We don’t believe it’s going to cost that much,” Heinert said.

While both sides try to agree on funding, Langer said she sees no reason to fear a repeat of last year’s gubernatorial veto.

“She’s worked hard to set up her guardrails,” Langer said. “I don’t think she has the intention of vetoing that.”

The governor’s press secretary, Kristin Wileman, didn’t sound quite as positive: “There are many elements to building a hemp program and, as the governor has said, the hemp bill needs to be fully funded before she will consider signing it.” 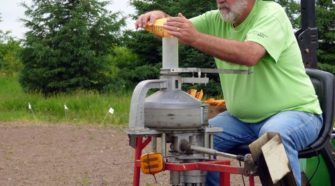