Raleigh, N.C. — North Carolina agriculture officials envision hemp as a major cash crop for the state, but law enforcement officials told lawmakers Thursday that the push to boost the industry could essentially legalize marijuana because of the difficulty in telling the two cannabis plants apart.

Much of the annual farm bill under consideration in the General Assembly is dedicated to setting up the necessary state infrastructure to regulate hemp production now that the federal government has loosen its restrictions on hemp.

When North Carolina first legalized growing hemp as a pilot project in 2015, the market for the crop was primarily textiles and rope. Since then, however, the fastest growth in the market – and the highest profits – are in smokable hemp products.

Smokable hemp flowers, or so-called pre-rolls, contain CBD but almost no THC, the active compound in marijuana. But they look and smell just like marijuana.

The State Bureau of Investigation and other groups want the state to ban farmers from growing them.

The farm bill would create a presumption in state law that licensed hemp farmers aren’t growing marijuana, but Dorer said that creates a loophole that would basically legalize marijuana in the state.

Farmer Lori Lacy told lawmakers that she had never heard of smokable flowers before she started growing hemp in rural Macon County. But now, they’re key to her bottom line.

“I don’t want our infrastructure, everything we’ve done to this point, to go away,” Lacy said. “I will have to fire people or let them go. I will not have positions that I currently have for people that are working for me right now.”

“It was a concern because there’s so many contracts out there that we have, and we worry about it crippling our business,” Leary said.

The current version of the farm bill, which hasn’t yet cleared any committee, would allow farmers to continue growing smokeable hemp flowers until December 2020 while the industry, law enforcement and state regulators work out some sort of agreement. 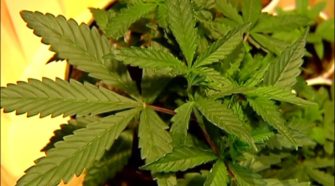