LAGUNA WOODS – It was standing room only at Laguna Woods City Hall as pro-cannabis residents filled the room with bodies and black-and-white signs reading “Legalize it,” “Keep our cannabis local” and “Don’t ban the bud.”

The protesters were gathered to fight the next statewide plight for cannabis consumers – the Bureau of Cannabis Control’s retraction of current protections on collective and cooperative models of cannabis cultivation, manufacturing and distribution in California, as announced in January this year.

Commercial cannabis activity will only be permitted among licensees as of Jan. 9, 2019 – ushering the presumed demise of the Laguna Woods Medical Cannabis Collective.

Collective members reference Painter like a tribe would its shaman, saying how he educates and medicates to their own personalized pain.

“We will not put up with outside strangers that we do not know or trust. We all rely on Lonnie Painter,” 16-year resident Ruth Harrell said. “I have never experienced such a humungous problem over something that has never caused any problems.”

According to a study released by the Orange County Health Care Agency in 2017, Laguna Woods ranked number one countywide in deaths caused by prescription drugs. Lonnie Painter, who runs a cannabis collective in the city, asked the City Council to add legalizing local dispensaries to next month’s agenda, on Oct. 17, 2018. (Photo by Brooke Becher, contributing photographer)

If not through Painter, residents can turn to dispensaries to access cannabis products; however, the closest shop is in Santa Ana.

To that point, resident Jim Juhan spoke at the Oct. 17 City Council meeting in favor of not fighting the ban with his main concern being that the city may get rid of Taxi Bucks, a travel voucher that discounts taxi trips by 30 percent and is frequently used on dispensary trips.

Resident Sara Romeis complained about having to take the bus to Santa Ana only to pay “twice as much” as one would for a product easily accessible through the collective.

“This just seems like cruel and unusual punishment to me,” said Romeis, who suffers from severe peripheral neuropathy and arthritis, said. “And there are much more people worse off than I am.”

Collective member Brian Goldstock said that his doctors told him he would never walk again after waking up from a seven-week coma caused by a near-fatal head-on vehicular collision in September 2005.

The 12-year resident gave partial credit to Painter and his specialized methods and care, pleading the with the council to allow Painter a license to dispense within the Village.

“It’s been a 13-year battle to get back up on my feet and semi-normal as far as functioning,” he said. “Medical cannabis has been pretty much a miracle drug.”

Others testimonials described stories of residents dabbling in marijuana use as a kid only to find that it helped them through mental illness later in life and provided instant pain relief from arthritis and insomnia. A Vietnam veteran who saw 13 months of combat said his doctors encouraged him to use marijuana to treat post-traumatic stress disorder and that Laguna Woods is the only place he’s been told he can’t use it.

“Well I’m going to continue to use it,” he continued. “And if they want to put me in jail, that’s fine.”

“I wouldn’t even be standing here today, alive, if it wasn’t for cannabis,” Laguna Woods Medical Cannabis Collective member Lori Trilling said. She indicated her message via a homemade, cardboard sign urging the City Council to license the collective and “keep our cannabis local.” (Photo by Brooke Becher, contributing photographer)

But usage is not the issue.

In 2008, Laguna Woods became the first city in Orange County to pass an ordinance allowing medical marijuana dispensaries; however, a lack of viable commercial space and pressure from the Orange County Sheriff’s Department prevented a cannabis shop from ever opening within the city.

Then, in April 2017, the council reversed its rules by blocking all marijuana-related businesses.

Even if a local dispensary were to be reconsidered, Mayor Pro Tem Cynthia Conners noted that the process would not be as easy as handpicking Painter to license, but rather a scramble of corporate interests after they’ve acquired a space that would permit its use for commercial cannabis operations.

“The only way you can guarantee that citizens of Laguna Woods would be able to get access to cannabis is if you allowed a cannabis business here in the Village,” Painter said. “I don’t believe there is any good reason why the city needs to ban this.”

Painter cited the council’s previous comments on the health benefits of marijuana from past progressive efforts, noting the dark reality of opioid deaths in the Village he believes cannabis could relieve.

According to a comprehensive study titled the “Drug & Alcohol Morbidity & Mortality” released by the Orange County Health Care Agency last year, Laguna Woods had the highest overdose death rate of all Orange County cities at 50.8 per 100,000.

Orange County’s highest age bracket for prescription drug overdose was in the 55-65 year range. Overall drug deaths increased by 88 percent from 2000 to 2015, with prescriptions beating out illicit drugs, alcohol or a mixture of substances after 34 years of age.

“But if you deny residents of access to cannabis here,” Painter said to the council. “Then you are a part of that problem.”

Santa Ana dispensaries, co-ops and collectives operate under a Medical Marijuana Regulation Ordinance, which was a ballot initiative enacted by voters, according to Laguna Woods City Attorney David Cosgrove.

Currently, a ballot initiative is circulating through Laguna Woods to allow commercial cannabis activity, Cosgrove said. The city received the initiative on Aug. 20 and it’s set to expire in February, after the 180 days to collect signatures is up.

If there are enough qualifying signatures – 10 percent of the city’s registered voters, compliant with California Elections Code – the City Council has the option to adopt the ordinance or put it on the next regular ballot. 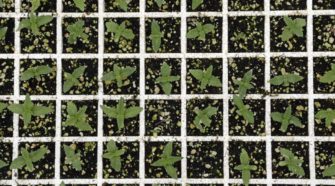