When they started growing hemp in 2017, Karen Devereux, co-owner of Northeast Kingdom Hemp, and her husband, Cam, never thought about processing the product themselves.

They had been talking to a hemp processor along the way, according to Karen, and he said he would buy as much as the couple could grow with a price of $200 to $400 per pound, depending on the quality of the product.

Karen and Cam grew the best quality that they could and preserved it well. But that processor ended up buying none of their product. Karen said that harvest was about 2,000 pounds.

“They told me that there was a lot of hemp available in Vermont, (more) than they thought there was going to be, and they didn’t think anybody anticipated having that much and not having a use for it,” she said.

Unable to sell their hemp for a reasonable price, the Devereuxs turned to other processors. Karen said they had a contract that guaranteed to process 500 pounds of hemp within 10 months. A few months later, it became clear that the processor “didn’t have the capacity to even come close.”

Running into these roadblocks made them think about doing the processing on their own, Karen said. At the beginning of this year, they bought the equipment for extracting cannabidiol, or CBD, from hemp. Now they can process close to 30 pounds of hemp per day.

Vermont’s hemp business is growing significantly. According to the Vermont Agency of Agriculture, Food and Markets, it has issued 1,000 hemp grower and processor registrations this year. The number is double that of 2018. Among the registrations, 820 were for growers.

Also, 7,800 acres of Vermont land has been registered for hemp cultivation, with a 137% growth from 2018. Stephanie Smith, chief policy enforcement officer with the agriculture agency, said the agency doesn’t have an estimate of total state hemp production.

According to Smith, there are about 115 processors registered to perform CBD extraction. If all these processors were operating at full capacity, Smith said, Vermont would have an extraction capacity of almost 80,000 pounds of hemp per day.

Smith said processors also have registered to do other activities that help bring hemp products to the market, including seed oil pressing, seed cleaning or processing the hemp for fiber.

After harvesting the hemp, Karen said, the crop needs to be dried to reach a certain moisture content. Then, generally, the leaves and flowers are removed from the stem, and the flowers are ground for extraction of CBD oil. She said in the case of using carbon dioxide for the extraction, there are a few more steps to purify the oil after the machine finishes extraction.

Netaka White, who does hemp business consulting, writing and advocacy in Vermont, said he has reached out to major Vermont processors and concluded that the hemp biomass grown in 2018 was about four times as much as the estimate of processing capacity.

Rye Matthews, co-founder of Northeast Hemp Commodities, had the same opinion. He said although the number of acres successfully producing hemp products will be less than the acres registered, Vermont is still well short on processing capacity within the state.

With just weeks until the harvest, Matthews said many Vermont processors are booked, including his business, some as far as next summer.

“I think either a large number of farmers are looking to sell their biomass into the national marketplace or they’re looking to contract with other processors out of state,” he said.

The CBD extraction machine that his company is using only runs 10 pounds of hemp per round, Chang said. But it costs almost $300,000, and that doesn’t include other equipment for getting good CBD oil.

He also said an owner has to hire someone with scientific expertise to run the chemistry lab, operating and maintaining all the equipment. In a small state like Vermont, it is hard to find someone with the specialty.

Matthews, who invested in processing with his partners after their first crop, said the expertise is needed to produce high quality oil safely and efficiently at a food grade standard. In addition, lab designs must be stamped by engineers and state officials for safety and compliance.

Matthews said he and other hemp industry workers are planning to organize a trade association in Vermont. One goal would be to compile a list of all processors with their service, and note whether they have the capacity to deal with more hemp. Matthews said the association might also check in with farmers to see if they were still figuring what to do with their crop.

The lack of hemp processors could affect the price when growers are selling their products, Matthews said. While it is hard to predict the market price, generally, processors will have more leverage if there is an oversupply of biomass.

“The best thing farmers can do is grow the best crop possible and then either negotiate contracts ahead of time or try to sit on portions of their crop until the harvest rush is over and the market turns more favorable to them in the ‘dry’ season,” he said.

David Muller, who started to grow hemp this year with some neighbors in Woodstock, called processors the “gatekeepers” because they are determining the price.

Aware of the problem of Vermont not having enough processing capacity, Muller said he intentionally didn’t grow a lot this year. And he has decided to store his hemp and sell it later.

“I haven’t found a processor that is going to pay a reasonable price and take it. That doesn’t exist,” he said.

White said he sees the lack of Vermont processors as an opportunity for more processing rather than a problem. The door is open now for more businesses to start up or for expansion.

Northeast Processing, in Brattleboro, started with processing about 150 pounds per day more than a year ago, said Keith Griswold, director of analytical lab and formulations with the company. Now its capacity has grown to about 300 pounds.

Griswold said the company is currently building the infrastructure and hope to increase capacity to 1,000 pounds per day by mid fall. At the same time, the company is also serving out-of-state hemp growers.

There is an expansion plan at Kria Botanicals as well. Chang said the company is going to move into a new building with new equipment next year. Now it can process about 5,000 pounds of hemp a year. With the expansion, it will be able to process hundreds of pounds more per day, Chang said. 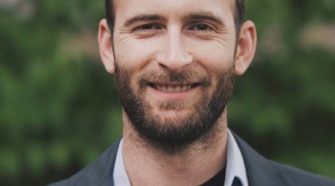