When it comes to health and happiness, where you live truly matters. No two American cities are compared more than New York City and Los Angeles. While both densely populated cities are considered to have some of the most desirable zip codes in the United States, they have very different features. Chances are that you are much better suited for living in one or the other. Whether you think you want to be in Angel Town or The City That Never Sleeps, ask yourself three critical questions to understand which city is better suited for you.

What’s your preferred mode of transportation?

Studies show that shorter commutes contribute to happiness. In NYC, using public transportation is a way of life for most residents. The subway system is efficient, yet increasingly problematic. It is a very old system with frequent delays and train derailments. Overcrowded trains and schedule changes make for stressful commutes in and around Manhattan. Some New Yorkers who get sick of the trains opt for public buses-which can significantly lengthen a trip due to local stops and traffic. Others use car services and yellow cabs. Manhattan, unlike Los Angeles, is very walkable. You can take advantage of this when the weather allows.

In LA, people drive everywhere: the use of public transportation is definitely not considered mainstream. The traffic in LA is notorious for being worse than NYC. If you hate driving, you could use an app like Uber to book a car. If you can accept that heavy traffic (and people flaking out because of it) comes with the territory, then perhaps you can find your zen in a car in LA.

When you consider the city you want to live in, you must think about the climate.

What type of weather do you feel better in? Like all the other great East Coast cities, NYC has four seasons. In the winter, you’ll experience bone-chilling cold temperatures and snow, and in the summers you’ll experience brutal heat and humidity-not to mention the constant stench of garbage on the streets. Fall is considered quite pleasant by many New Yorkers, with cooler temperatures and beautiful colored leaves on the trees. Spring is a mixed bag, it can be short, but there are mild temperatures. There can also be a lot of rain. After Hurricane Sandy, people were reminded that hurricanes are indeed a thing in The Big Apple too.

In Southern California, the weather is thought to be perfect. It’s considered a Mediterranean-type climate, which means hot, dry summers and mild, rainy winters. Even though it cools to the 60s and 70s in the winter, it’s still almost always sunny. Overall throughout the year, most days are dry, so you can trade in your umbrella for a bathing suit and hit the beach. Unless of course, there’s an earthquake or wildfire (both of which are rare.)

What are your lifestyle preferences?

One thing is for sure: Most people that come to NYC or LA for professional reasons come with big dreams. New Yorkers have a reputation for working in the office longer than their LA counterparts, as many people work on Wall Street and are used to long finance hours. In LA, many work in the entertainment industry and tend to focus a lot more on their looks-and getting plastic surgery. Keeping up appearances is required in the film industry and raises the aesthetic bar for LA in general.

In LA, there is more of an interest in a healthy lifestyle, fitness, and spirituality among the general population. When dating or meeting friends, residents often enjoy physical activities outdoors or go on hikes. In NYC, people tend to meet up for drinks or dinner. In LA, they may even smoke marijuana at the beach, because it is legal to do so. Pot is still illegal in NYC, and a lot of people aren’t as open to the alternative medicine or health and fitness trends that LA folks embrace.

Although there are considerable similarities between New York and Los Angeles, there are many differences. Climate, lifestyle and transportation are the fundamental characteristics of these popular cities. Let them be a foundation for your decision, although there is more to ponder as you determine which city would best suit you. These questions can help you figure out which city would raise your personal health and happiness quotient.

Next What Is CBD? 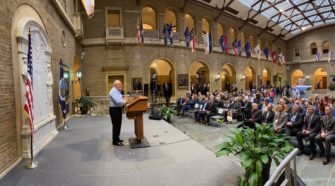