One of the big issues likely to come up in the next legislative session has to do with industrial hemp.

Hemp is related to marijuana, but doesn’t contain enough of the chemical tetrahydrocannabinol (THC) to get you high. Hemp also has a wide variety of industrial uses, ranging from hemp to building material, as well as medical uses, such as Cannabidiol, or CBD oil. Hemp is a $2 billion a year crop in Canada. But under Idaho law, if a plant has any THC in it at all, it is considered marijuana.

In fact, growing and transporting hemp is legal in at least 47 out of the 50 United States, according to the National Conference of State Legislatures. The two states other than Idaho where it is not allowed are South Dakota and Mississippi. South Dakota is working on it; Mississippi is less certain. The 2018 Farm Bill also made the growing and shipment of hemp legal.

For a number of years, members of the Idaho Legislature have attempted to change Idaho’s laws on this issue. Former Rep. Tom Trail, a Republican from Moscow, submitted bills just about every year on industrial hemp and, later, medical marijuana, but they never went anywhere.

Idaho made the news last year in industrial hemp because a company was shipping a load of industrial hemp between two states where it was legal across Idaho, where it is not. The drivers were arrested for selling drugs – and since it was a truck, it was considered a lot of drugs. Not only the hemp but the truck itself was seized, and it was going to be sold, because, after all, it was used in the commission of a crime. The charges were eventually reduced to misdemeanors.

Idaho and Mississippi are concerned about growing industrial hemp because they say that police pulling someone over won’t know whether a truck or a field is full of hemp or marijuana. Supporters of industrial hemp say that’s silly. Someone isn’t going to be shipping a semi truck full of marijuana somewhere and calling it hemp, industrial hemp fields have to be tested regularly to make sure their THC levels are low enough, and mixing marijuana and hemp fields would ruin both crops because the plants could breed, and you’d end up with weak marijuana and hemp that had too much THC in it.

In November, Gov. Brad Little signed an executive order allowing the transportation of hemp in Idaho, but with many restrictions, such as being allowed to transport it only on interstate highways. He also said he was signing the executive action only because the Legislature wasn’t in session, calling it a stopgap measure that the Legislature would need to handle in the upcoming session.

It will be interesting to see how the Legislature responds. 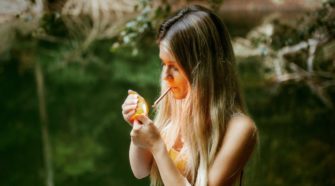