An association representing Kentucky’s growing hemp industry held a conference in Murray on Thursday to gather hemp farmers, processors, and regulators. The event also highlighted the continuing significant financial and regulatory uncertainty in the new industry.

Panelists at the Kentucky Hemp Industries Association Holiday Conference and Tradeshow gave presentations throughout the event, including from regional lawyers detailing current and future hemp regulations, industry advocates on how best to market hemp-derived products, and university professors talking about the chemistry of hemp.

Bob Pearce was one of those professors from the University of Kentucky College of Agriculture, Food and Environment. He said a lot of financial risk surrounds how the federal government will regulate hemp-derived products, primarily CBD.

CBD, or cannabidiol, is a component of hemp that users claim has a wide array of medicinal benefits, but there’s currently little scientific evidence to back many of those those claims. The U.S. Food and Drug Administration (FDA) recently sent letters to companies across the country, including one in Lexington, warning the companies from making unfounded medical claims about CBD.

“If you’re well-invested in this process and that ruling goes opposite of the way you think it’s going to, you could be out all of that investment,” Pearce said. “So for growers, I always say don’t get in ‘over your head.’”

One of many hemp growers who came to the conference was Jason Marshall, who operates Rocky Ridge Hemp Company in Cynthiana, Kentucky. Marshall said he was one of the first hemp growers under the state’s pilot program in 2014 and had a contract to produce hemp for a processor.

“So we grew it, the contract fell through, and the buyer didn’t buy it,” Marshall said. “I was stuck sitting there with the hemp on my farm…so we started making our own product line.”

Other Kentucky hemp farmers have sued Winchester-based GenCanna this year for allegedly failing to follow through on contractual agreements. Marshall said despite financial and regulatory uncertainty, he hopes to continue to build his hemp and CBD business.

Interest in the crop continues to grow rapidly in the commonwealth. Kentucky Department of Agriculture (KDA) data shows the number of hemp acres planted this year, compared to last year, nearly quadrupled to more than 26,500 acres. KDA also says hemp processors reported gross sales of $57.75 million in 2018, more than double compared to 2017.

Harvest Enterprises Inc. Announces Appointments of Elroy Sailor and Mark Barnard to its Board of … 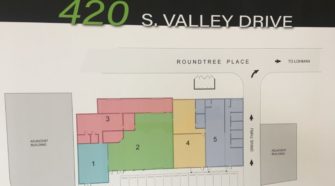