Wichita — Sarah Stephens stands over a brightly lit table in a detached garage-turned-grow shed as she trims away unnecessary leaves from a recently harvested hemp plant.

When she’s finished, only the floral material of the plant will be left. The flowers will eventually be processed into CBD oil.

“We started out with not a ton of knowledge about it.” Michael Stephens, Sarah’s brother and partner at Tallgrass Hemp and Cannabis, said. “It’s been a learning experience.”

Their outfit is one of the first growers in Kansas’ fledgling industrial hemp industry to begin harvesting.

While the harvest is a major milestone for the state’s hemp pilot program, the industry still faces many challenges before it’s deemed a profitable alternative to corn, wheat, soybeans and the other crops that dominate Kansas farming.

Most hemp growers who planted outside in fields won’t begin harvesting until early September. Sarah Stephens is harvesting so early because she grew a relatively small number of plants indoors.

Before she could begin her harvest, she had to contact the Kansas Department of Agriculture to schedule a pre-harvest inspection. It’s part of a mountain of red tape required to participate in the program including filing planting and harvest reports.

At the pre-harvest inspection, KDA officials take samples of the hemp plants to send to a state laboratory in Topeka. The lab tests the hemp for its THC levels. THC is a psychoactive chemical that gets you high. If a hemp plant has more than 0.3% THC it is by definition no longer hemp — instead it would be considered marijuana and would have to be destroyed.

Stephens had to wait a week for her results. It was the most nervous she’d been since she’d started growing hemp.

She ultimately got the news she was hoping for. Her sample came back with 0.19% THC.

As part of the industrial hemp research program, each licensee had to come up with some kind of research proposal. Stephens experimented with growing hemp hydroponically — or suspended in water — versus growing it in dirt.

“I did screw them up a little bit,” she said. “I had a whole ’nother container of the hydroponics and I killed them.”

It’s a relatively small operation. She’ll only end up harvesting around 50 plants. But she’s already got plans for growth next year.

But that kind of growth will cost more money. Stephens said she’ll need to invest in more lights, make changes to the growing space, and set aside money for increased electric bills.

Another challenge, and one that’s more immediate, will be finding a processor willing to purchase the hemp. She said she’d like to sell her hemp to a Kansas processor.

“We’re all kind of a part of this new little group of people trying to make it,” she said.

There are only 34 licensed processors in the program, many of which have never done it before and are learning as they go.

“It’s not a small undertaking at all,” KDA Industrial Hemp Specialist Braden Hoch said. “It takes quite a bit of planning to actually get one of these facilities up and running.”

Stephens said she thinks she’s got a processor lined up, but that it wasn’t quite ready to purchase her hemp just yet.

Another option would be to sell their hemp to processors in states such as Colorado and Kentucky, which have more mature programs.

Brian Grimmett reports on the environment, energy and natural resources for KMUW in Wichita and the Kansas News Service. You can follow him on Twitter @briangrimmett or email him at grimmett (at) kmuw (dot) org. The Kansas News Service is a collaboration of KCUR, Kansas Public Radio, KMUW and High Plains Public Radio focused on the health and well-being of Kansans, their communities and civic life.

Kansas News Service stories and photos may be republished by news media at no cost with proper attribution and a link to ksnewsservice.org.

Our Voice: Some good news about industrial hemp – AberdeenNews.com 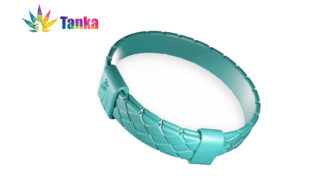