OLATHE, Kan. (KSNT) – Many Kansas farmers are growing hemp for the first time this year, but since it’s new to most people it’s hard to know how they’re doing.

Lab workers at Kansas State University in Olathe are testing hemp plants to see what the chemical makeup is.

“Analyze for the concentration of THC which we want to be lower than 0.3 percent, and they’re also interested in the concentrations of CBD, said Eleni Pliakoni, associate professor for the K-State Department of Horticulture and Natural Resources.

They began testing the hemp that the university is growing for their own research but opened up testing to other farmers in the state.

“We realized it was a need for to provide these services to our growers, they really were interested to know what their plants are, what the concentrations of those compounds,” Pliakoni said.

Lab workers dry the plant, remove the seeds and stem, grind it, add a liquid mixture and put it in a machine test it.

Farmers can only grow hemp for research this year. Each hemp farmer will have to have their crop officially tested by the Department of Agriculture. But results from K-State can help them understand how they’re fairing.

“We’re really just trying to get our hands dirty and find out how the crop grows,” said Cary Rivard, director at the K-State Olathe Horticultural Center.

Researchers at K-State are in the same boat as the public, using different growing methods to get the best results.

“Trying to find different methods to grow hemp that’s going to reduce the THC and maximize the amount of THC production within the flowers.” 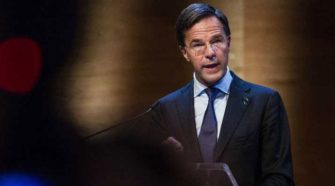