CHARLESTON, S.C. (AP) – A judge is allowing a South Carolina hemp farmer arrested after authorities said he grew the crop in unregistered fields to harvest some of his crop and put the money in a trust as he awaits trial.

The State Law Enforcement Division destroyed 10 acres (4 hectares) of John Pendarvis’ crop in Dorchester County after agents said it was growing in a field not registered to the state.

The crop the judge ruled SLED can’t destroy was found in Marion County after his arrest. Documents show it wasn’t in Pendarvis’ original paperwork to grow the crop, but the farmer had submitted additional paperwork, The Post and Courier of Charleston reported.

Hemp is a crop related to marijuana, but doesn’t have the drug’s same properties. South Carolina allowed farmers to start growing it last year with strict rules on who could apply to grow it and how much they could cultivate.

The judge ruled 2 additional acres (0.8 hectares) of hemp Pendarvis is growing in Marion County can be harvested. The state found out about the field when the farmer amended his paperwork, South Carolina Agriculture Department spokeswoman Eva Moore said.

Pendarvis has said he was trying to update his growing plans with the state when he became the first farmer in South Carolina arrested on the misdemeanor charge,

The farmer’s attorney, Patrick J. McLaughlin, said Pendarvis’ criminal charge needs to be settled before the government can destroy his property.

>> Reading this story in our app? The new “Follow the Lead” feature allows you to tap the blue tag indicated with a ‘+’ to subscribe to alerts on the very latest breaking news updates.

“It certainly appears to the Court that the General Assembly did not want to harshly punish South Carolinians who ran afoul of this new law by mistake, and they recognized that the specific allegations being made against the Plaintiffs could be mistakes for which participants should be allowed opportunities to correct,” Seals wrote in his recent ruling.

Copyright 2019 The Associated Press. All rights reserved. This material may not be published, broadcast, rewritten or redistributed. 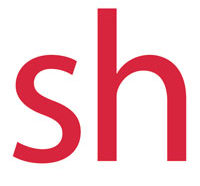