Jefferson County Commissioners Court on Tuesday unanimously approved a budget that includes money for a minimum 2.5% raise for county employees, a new county records management system, and expansion and a drive-thru at the Mid-County tax office.

Missing from the budget is $500,000 the Jefferson County Crime Lab requested to conduct testing staff thought could be required after state legislators legalized hemp for growth, production, transportation, sale and consumption. Many area lawmakers and staff members thought the change would require a whole new system of testing to differentiate hemp from marijuana.

Jefferson County Judge Jeff Branick previously said the money wasn’t necessary because of a reinterpretation of the legislation that led district and county attorneys, including District Attorney Bob Wortham of Jefferson County, to stop prosecuting low-level, misdemeanor marijuana cases until it could find a way to affordably test evidence.

Abbott in the letter said prosecutors don’t have to have lab test to prosecute marijuana cases and instead can use the “tried and true … circumstantial evidence.” Additionally, as more companies begin testing THC concentrations, attorneys can weigh what prosecution method is most appropriate.

“In short, lab tests are not always needed, and they are not as costly as some initial reporting indicated,” the letter said.

Prior to this additional information, the county’s crime lab thought it would need new equipment, employees, training and accreditation to test whether cannabis collected from an offender qualifies as industrial hemp.

Even at that time, Branick emphasized being cautious about overspending on a new process that likely wouldn’t be up and running before the Legislature met again to give more clarification.

Also included in the budget is a steady tax rate, which will bring in an estimated additional $1.5 million largely because of value increases in industry and single-family homes; and $2.3 million for a records-management software that’s expected to foster greater connections and improve workflow, among other initiatives.

Next Sen. Schumer stops in Basom to call for financing guidelines for hemp farmers - The Batavian 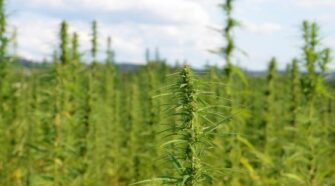